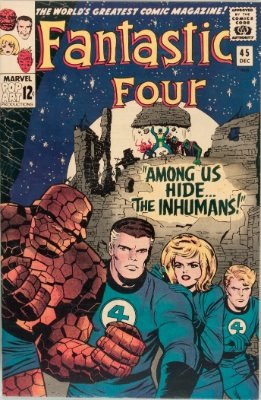 Why Fantastic Four 45 is a Key Issue Comic

Among Us Hide... The Inhumans!

It might come as a surprise, but the Fantastic Four comic books series was instrumental in featuring first appearances of iconic characters, including Doctor Doom, Ronan the Accuser, and the Silver Surfer.

With Fantastic Four #45, we’re given a true treat – The Inhumans! The original line-up was their mute King, Black Bolt, and the Inhuman Royal Family, Medusa, Karnak, Gorgon, Triton, Crystal, Maximus the Mad, and the weird huge dog, Lockjaw.

The Inhumans were created when the Kree experimented on early Neanderthals, creating an advanced sect of human.

Hiding themselves from the rest of the world, Inhumans hoped to go unnoticed, until Johnny Storm meets Crystal... A fiery redhead (pun intended). 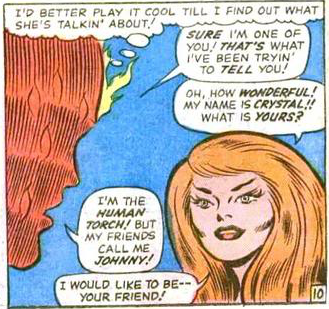 These iconic characters would later star in their own comic series and play integral roles across the Marvel Universe.

The value of FF#45 has been on a rollercoaster, due to the uncertainty over the future of Inhumans in the Marvel Cinematic Universe.

An Inhumans movie was announced for 2019 a couple of years ago, but was subsequently shelved. But it seems that Marvel suits still fancied the Inhumans for at least a TV series.

Finally, it premiered in IMAX cinemas, and then on the ABC network in September 2017.

But the curse of the Fantastic Four continues (all FF movies have bombed). Inhumans was not well-received.

Still, it's a Silver Age first appearance, and it was under-valued for many years. Here are recent prices for FF#45. These are well down from the high prices seen in 2015, when books in any grade would set records.

The exception is prices for books at VF-NM and above. It's a tough book to find in high grade, because of the midnight blue cover which shows creasing or wear very easily.

Most Expensive Comic Books of the Silver Age (1960s)