What are Your Vintage
Joker Comics Worth?

Joker comics have been around since the late 1930s, when the Batman's most infamous enemy first appeared.

If you have vintage comic books featuring The Joker, then this article will tell you what they are worth.

Alternatively, you can contact us for a free valuation of your old Batman and Detective comics.

Origin and First Appearance of The Joker

The good news is, if you have a copy of the comic featuring the first appearance of The Joker, then it's the legendary Batman #1.

The bad news is, that's a rare comic book, and the chances of you having it in an old collection are pretty slim.

Get yours valued today, for free. 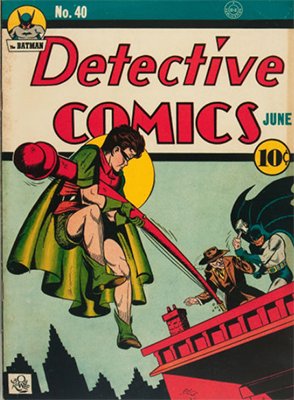 Another vintage Joker comics landmark is Detective Comics #40. Here is the first appearance of the Joker on a comic book cover.

Admittedly, it's a pretty small image of The Joker. He's visible next to Batman, while Robin hanging from a flagpole is the cover's central image.

Even a pretty beaten-up, but complete, copy of this landmark Joker appearance is worth $1,000.

Get yours valued today for free by Sell My Comic Books.

Other Early and Classic Joker Covers

Here are some really special Joker appearances from the early days of Detective Comics and Batman Comics.

We've put the minimum value for each below the images. Get in touch if you want yours valued! 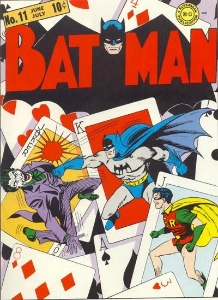 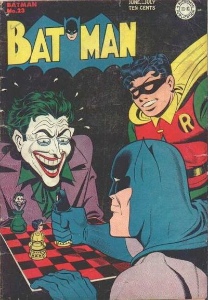 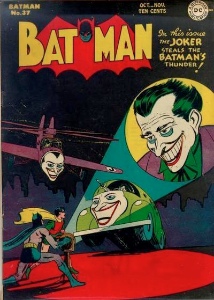 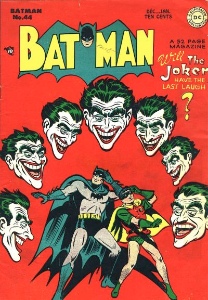 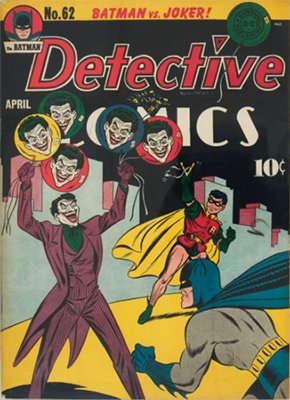 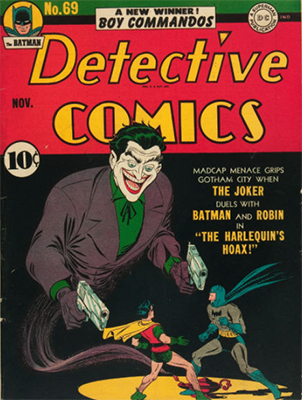 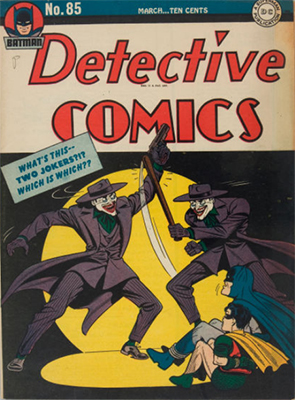 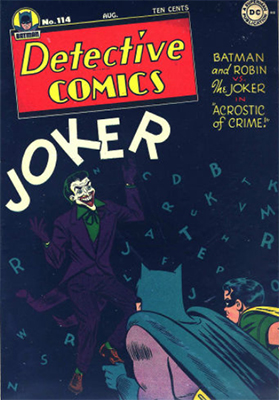 Later Joker Covers to Look For

While you won't come across the earlier Batman and Detective Comics all that often, there are still plenty of Joker appearances with value in the 1950s, 1960s and 1970s.

Here are some of the covers. If you have a big collection, the fastest way to get a sense of their value is to ask us for a free comic book appraisal. 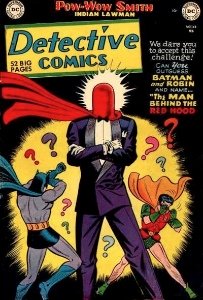 Detective Comics #168, origin of The Joker 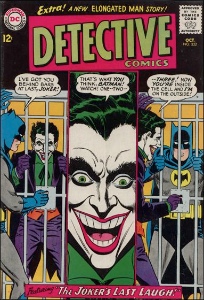 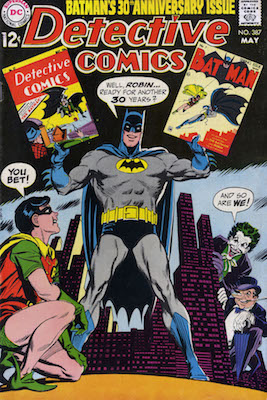 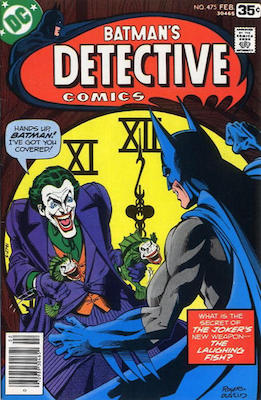 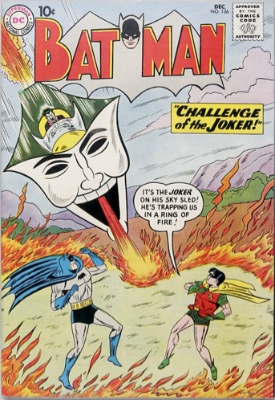 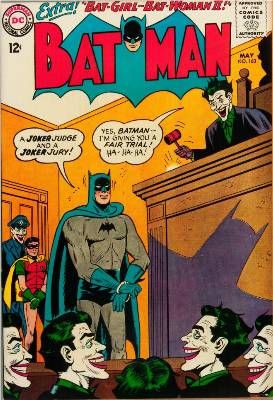 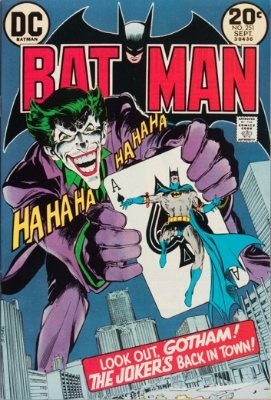 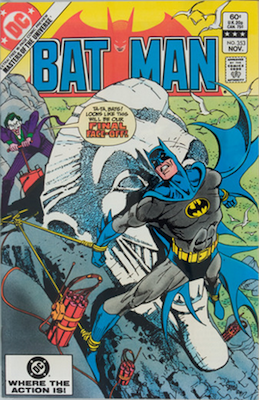 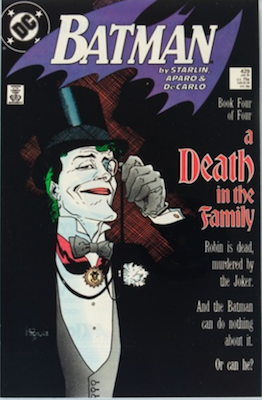 Starting in 1975, DC Comics tested the popularity of The Joker by launching his own dedicated title.

Ultimately this proved to be ill-fated, and the series lasted only nine issues.

In ultra-fine condition, they have value, otherwise, you should not bank on a big windfall. Some of the covers are below. 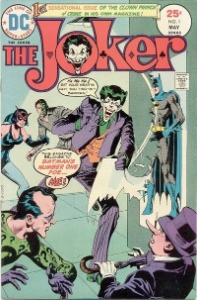 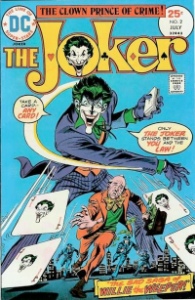 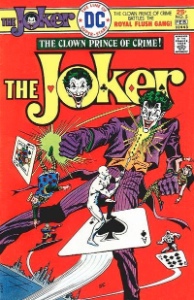 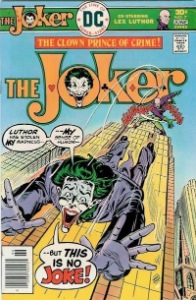 FREE Valuation for Your Classic Comics

Get your vintage comic books valued FREE by Sell My Comic Books.

We do written valuations for insurance or estate purposes, and back up our valuation with a Dollar cash offer.

DC Comics Characters in Joker Comics
The Joker is a classic DC Comics villain. He's gone head-to-head with Batman, Superman and many other DC characters. Find out the values here.

Top 10 Movies Based on Comic Books
Here's a hint: The Joker features in our #1 pick for all-time greatest superhero movie! Find out which we rated the best of all time, and leave comments or vote for yours.

Value of Rarest Comic Books
The Joker appears in some of the world's rarest comics. Find out which he's in, and what the values of these classic pulp fiction masterpieces are.

The Scarecrow, Batman's Scary Enemy: Comic Book Values
Perhaps the most terrifying of all Batman bad guys gets the Sell My Comic Books treatment.

Learn What YOUR Vintage Comic Books Are Worth!