Top 10 Movies Based on Comic Books

Do you agree with our Top 10 movies based on comic books?

Though comic books have been made into movies for decades now —Superman, The Crow, Barbarella, and Howard the Duck to name a few —they’re all the rage these days.

This summer sees the cinematic return of the Man of Steel in a new movie produced by Christopher Nolan of Batman Trilogy fame. But will ol' Supes do well on the all-time greats list?

Without further ado, here are the Top 10 all time movies based on comic books.

More Articles in This Series

The movie, about 23-year-old bass player Scott Pilgrim and his quest to defeat the seven exes of his girlfriend Ramona Flowers, stayed pretty true to the comic book series. 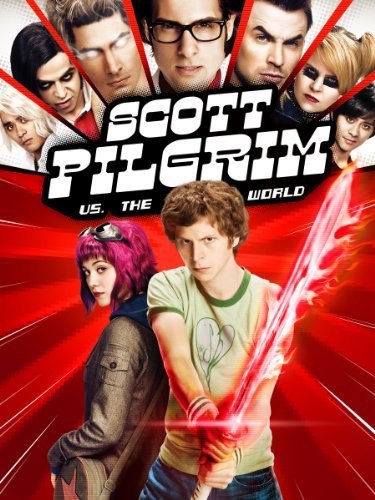 With over-the-top visuals and a cool cast, including Michael Cera as Pilgrim and Chris Evans (who would go on to star as Captain America in the Marvel Studios movie about the star-spangled hero) as Lucas Lee, the film earned wide praise from critics and fans alike.

Unfortunately, the movie simply didn't fare well at the box office, only recouping about half of the $90 million it cost to make the movie.

However, DVD and Blu-Ray sales raked in an additional $16 million in revenue and have helped propel it to cult status among comic book geeks worldwide.

With a plot that was faithful to the origin of the web-slinging hero, Spider-Man overwhelming won rave reviews from critics for its CGI special effects, thrilling storyline, and exceptional casting.

Featuring Tobey Maguire as Peter Parker, Kirsten Dunst as Parker's girlfriend Mary Jane Watson, and Willem Dafoe as the spooky Green Goblin, this was first movie about the webcrawler to hit the big screen. 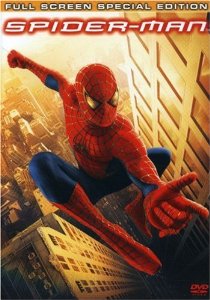 (The Spider-Man franchise was re-booted in 2012 with Andrew Garfield portraying Peter Parker/Spider-Man).

The movie featured one of the most iconic cinematic moments in recent history, when Peter Parker, dressed as Spider-Man, kisses Mary Jane while hanging upside down in the rain.

The movie would go on to become the 14th highest-grossing movie of all time in the US and Canada.

One low note, because it prevented facial and body expression, the metal armor costume of the Green Goblin did not sit well with fans, since it didn't much resemble that of its comic book counterpart. 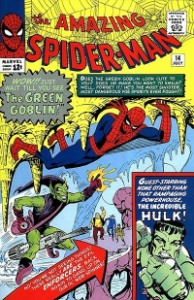 Batman Begins was the first movie in a Christopher Nolan-directed trilogy about the Dark Knight from DC Comics.

Batman Begins features Christian Bale as Bruce Wayne, the billionaire philanthropist who witnesses the murder of his parents and takes the identity of Batman to fight crime in Gotham City. 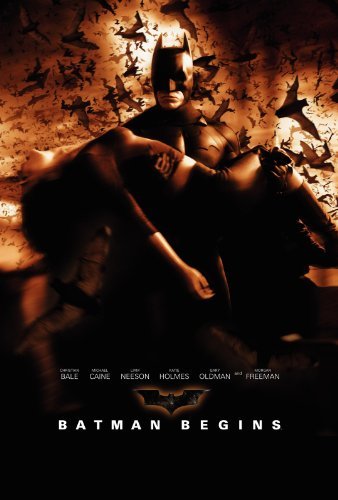 True to the origin of the tortured comic book character, the film featured Liam Neeson as Ra's al Ghoul, and Cillian Murphy as the fear-inducing Scarecrow.

Despite generally positive reviews for its fresh portrayal of Batman's motivations, the movie had a tepid opening weekend at the box office, grossing only $48 million, which was seen as strong but not impressive. One of the best movies based on comic books? Absolutely.

Featuring an all-star cast including Patrick Stewart as Professor Xavier, Halle Berry as Storm, Hugh Jackman as the Wolverine, and Ian McKellen as Magneto, X-Men United, the second movie in a trilogy about the popular Marvel mutants won rave reviews for its large cast of superheroes and amazing special effects. 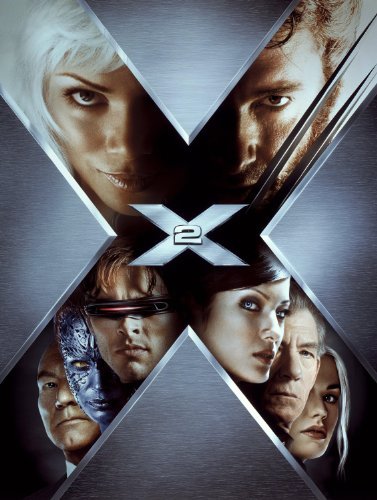 The storyline, which essentially saw the X-Men attempting to stop covert government operative William Stryker from launching an all-out war on mutants, was widely panned as being weak and full of plot holes.

But it did include one memorable moment from the comic books — the death of Jean Grey (she would later appear in the X3 sequel as the resurrected Phoenix, though she didn’t much resemble her comic book character counterpart).

The movie went on to become one of the highest-grossing films based on a Marvel Comics book.

The third movie in the trilogy made it onto our list of 5 WORST movies based on comic books, unfortunately.

This Spider-Man sequel featured the teen-age webcrawler taking on his arch-nemesis Doctor Octopus, played by the brilliant Alfred Molina. 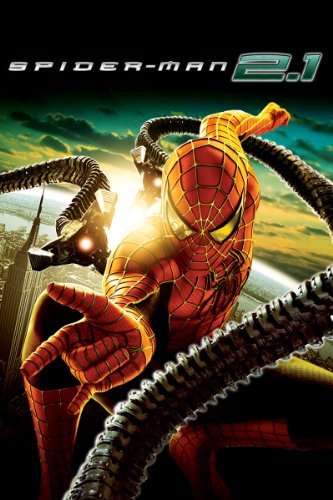 Garnering critical praise for its CGI special effects, solid storyline, and overall improvement from its film predecessor, the Spider-Man 2 plot is largely taken from the Amazing Spider-Man #50 comic book.

That book saw the webslinger temporarily hang up his costume, only to return to action after realizing the city needs his help. 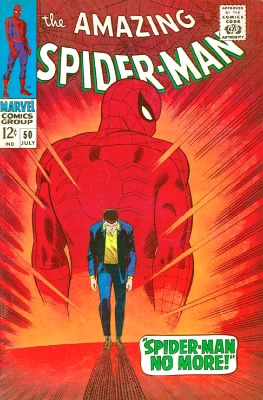 The first of Marvel’s "Phase One" movie initiative, Iron Man starred Robert Downey Jr. as Tony Stark, a billionaire playboy CEO who is wounded in a terrorist attack while touring Afghanistan and inspired to create the Iron Man suit to fight evil and injustice. 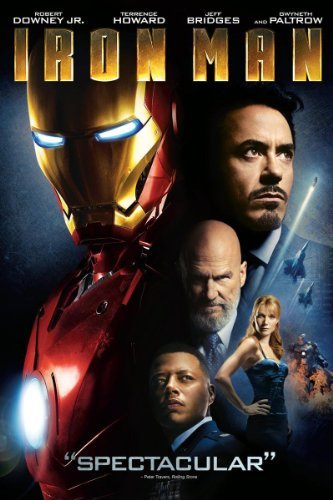 Though the movie origin of Iron Man differs greatly from that of his comic book counterpart in Tales of Suspense #39, it was widely praised by critics as a modern and realistic update that moviegoers could understand and relate to.

The film also starred Terrence Howard as James Rhodes (he was replaced in the sequel by Don Cheedle), Gwyneth Paltrow as Pepper Potts, and Jeff Bridges as Obadiah Stane, who later becomes the Iron Munger in the movie's final act.

The film, considered one of Marvel's most successful to date, was also known for its post-credits scene in which Nick Fury of S.H.I.E.L.D. meets Stark for the first time to discuss the "Avengers Initiative". Iron Man raised the stakes and is definitely among the best movies based on comic books, without question. 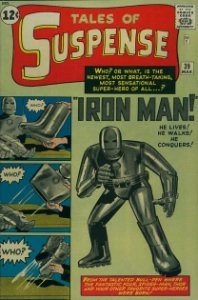 Starring Christopher Reeves as the Man of Steel, Superman was the first big screen portrayal of the popular DC Comics character. 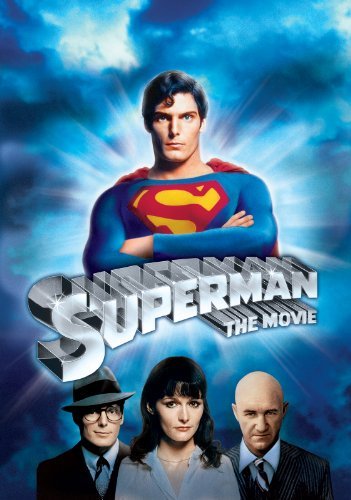 The storyline, which seems a bit silly by today's standards, centered on Lex Luthor's plan to sink California into the Pacific Ocean using nuclear missiles, so that the value of his recently-acquired Nevada real estate would increase exponentially.

Interestingly, several elements of the movie's plot were incorporated into the DC Comics universe. For instance, Ursa and Non, both Kryptonian insurrectionists who were created solely for the film, were later added to the Superman mythos.

The later movies don't deserve a place on our list of best movies based on comic books. They went off-course and became campy and disappointing. But this one retains plenty of appeal even now. 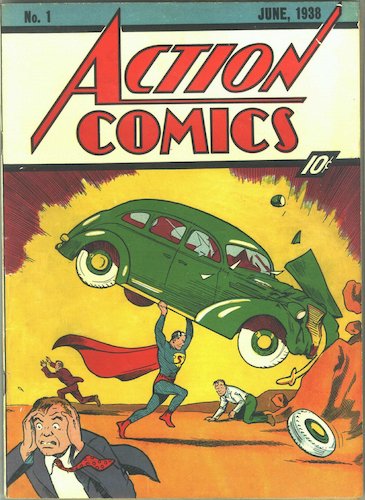 The final installment in Christopher Nolan's Batman film trilogy, The Dark Knight Rises sees Batman taking on one of his most dangerous enemies —Bane in one of the best movies based on comic books.

We decided to award the Tim Burton Batman movie third place on our list of movies based on comic books as well, because it changed the landscape for comic book movies.

The Dark Knight Rises, set eight years after the death of Harvey Dent in The Dark Knight, finds Batman missing, Bruce Wayne a recluse, and the rich and powerful in Gotham City held hostage by Bane.

Batman, with the help of Catwoman, played by Anne Hathaway, ultimately defeats Bane, though the Dark Knight is presumed dead after a large bomb explosion.

Comic fans rejoiced at the movie's final moments, when Ofifcer Robin John Blake, played by Joseph Gordon-Levitt, resigns from the Gotham police force and inherits the Batcave, seemingly setting up a plotline to become Robin, the Boy Wonder.

Nolan has stated that he has no plans for a fourth movie.

The Dark Knight Rises was well-received by critics for its emotional portrayal of the tortured hero. It went on to become the highest grossing movie featuring a DC Comics character.

Whatever you think about the original Batman franchise in the hands of Joel Schumacher (Batman and Robin appears on our Top 5 Worst Movies Based on Comic Books), you can't deny that Tim Burton's darkly beautiful 1989 original Batman was a shot in the arm for comic book movies.

As nice as the Superman movies were, for a while, they were altogether too goofy and homely for die-hard comic book fans. We needed something darker and gritter. Burton delivered.

Batman was conflicted! Batman had sex! With Kim Bassinger! (The hottest property of the moment, if you can believe that now.) He hit people without cartoon balloons appearing on the screen!

The Batmobile was unbelievably groovy and modern-looking (even though the reboot would up the ante on the Batmobile yet again), and Jack Nicholson was awesome as The Joker.

The movie also swept away memories of Adam West's over the top TV series away forever. For that reason alone, the 1989 movie is a classic for many Batman fans.

The plotline culmination of several movies (Iron Man, The Incredible Hulk, Iron Man 2, Thor, and Captain America: The First Avenger) that were building to this moment, Marvel's The Avengers was a phenomenal box office success, becoming the highest grossing movie of all time. 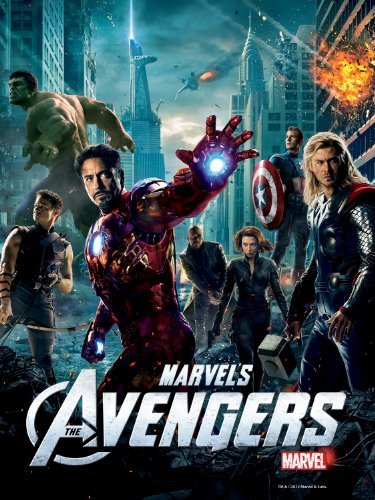 Though the plot didn't match the origin of the comic book Avengers, fans and critics were pleased nonetheless with the way co-writer and director Joss Whedon handled the theme of trust between the various Avenger members, as they learned to work together.

Comic book fans even got a post-credits sneak peak at a possible plotline for an Avengers sequel, as it is revealed that Thanos was behind the Chitauri attack on Earth.

Interestingly, the Wasp, an original member of the comic book Avengers, was a feature member in early drafts of the movie script, but was replaced by the Black Widow, after Scarlett Johansson's involvement in the Iron Man 2 movie.

To coincide with the release of the movie, Marvel announced a new ongoing comic book series, Avengers Assemble, which featured the same roster of superheroes as the movie. 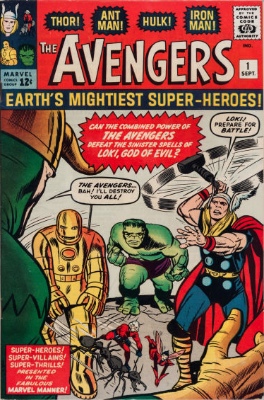 The Dark Knight, the second installment of the Batman film trilogy directed by Christopher Nolan, is considered by many to be the quintessential comic book movie. 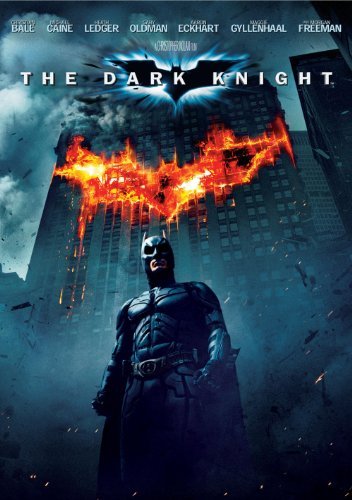 Featuring Heath Ledger as the ruthless and maniacal Joker, and Aaron Eckhart as Harvey Dent, the movie's plot was influenced by the 13-issue limited series Batman: The Long Halloween.

The film, which would go on to become one of the highest-grossing movies based on a DC Comics character, won widespread critical praise and even garnered Ledger an Oscar for Best Supporting Actor.

Did You Agree With Our Choices of Best Movies Based on Comic Books?

If you loved our Top 10 movies based on comic books, or hated our choices, then we want to hear from you.

Have your say by leaving comments below!