Ahh, the Master of the Mystic Arts! Is there anything better than reading and re-reading some old Stan Lee/Steve Ditko Dr. Strange stories?

Dr. Stephen Strange was driven to study the Mystic Arts after a car accident ruined the nerves in his hands, destroying his surgical career.

After crawling into the bottle for a while, he sought out the Ancient One, became his disciple, and the rest is history.

There's something simultaneously very old-fashioned and at the same time boldly futuristic about Dr. Strange at his best, and it doesn't take the Eye of Agamotto to figure it out.

If your speech is peppered with expressions like "By the Hoary Hosts of Hoggoth," or you threaten people with imprisonment in the Crimson Bands of Cyttorak, then you might just be as big a Dr. Strange fan as we are.

Have Your Dr. Strange Comics Valued!
If you've got some Silver Age or Bronze Age copies of comics featuring Dr. Strange, then click here to have them valued FREE by Sell My Comic Books! 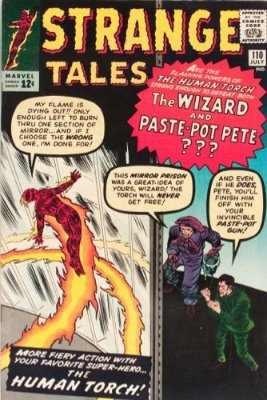 Right from the start, Dr. Strange was a class act, especially in this story by Lee and Ditko, simply called, "Dr. Strange, Master of Black Magic."

in this first appearance in Strange Tales #110, the doctor battles Nightmare, who would become a regular foe. 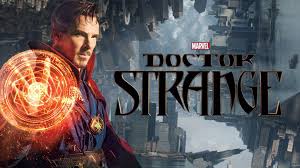 Starring the classy Benedict Cumberbatch as the good Doctor, this well-regarded 2016 making of the Dr Strange Marvel character is sure to enjoy a sequel.

It was heavy on special FX, but enjoyable nonetheless.

Dr. Strange is also part of the Defenders super-team which has been made into a Netflix TV series.

Read about the Dr Strange Marvel movie at IMDB. 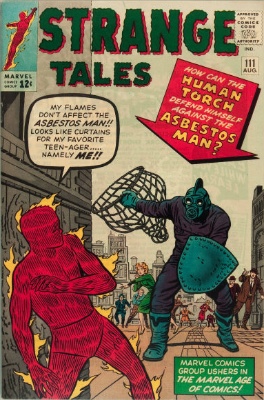 Mordo's plan to get mystical secrets from the Ancient One is foiled when Dr. Strange, in astral form, is able to use his amulet, in its first appearance, to send him some strength, bluffing Mordo into departing. 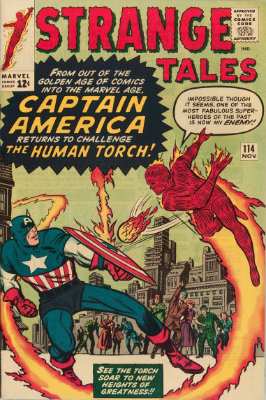 Mordo returns to menace Dr. Strange again, in the first issue to feature the Doctor's cloak,
although not the cloak of levitation.

This issue is one of our 100 Hot Comics due to the first appearance of Cap in the Silver Age. 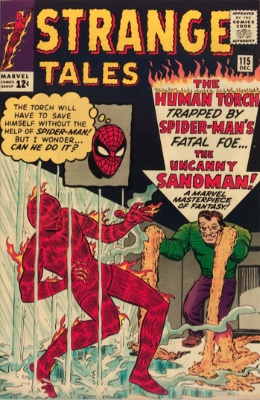 In this issue, we learn of Stephen Strange's accident, and his fall into debauchery and despair,
before deciding to seek out the Ancient One.

Finding the Ancient One with his then-disciple, Mordo, who had decided to cast magical attacks against him, Dr Strange Marvel helps drive Mordo off and becomes the next disciple.

Spider-Man appears in this issue, which also features the second appearance of Sandman after Amazing Spider-Man #4. 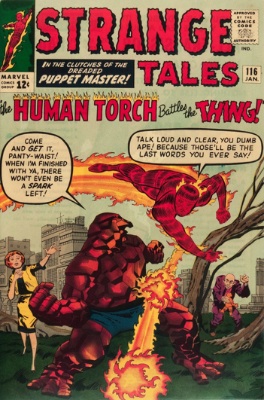 This issue, in which Strange battles Nightmare again, is notable for the first mention of
Hoggoth and the first time we see the Book of Vishanti. 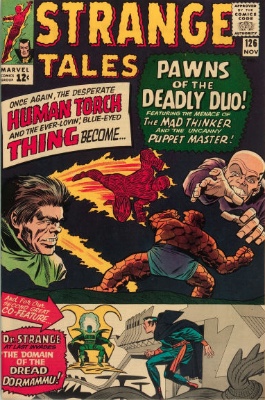 The Ancient One dispatches Dr. Strange to the dark dimension to stop the threat of Dormammu,
who sends endless magical creatures to stop him. 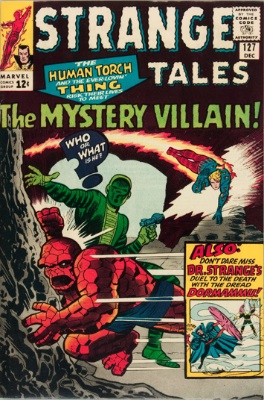 Dr. Strange duels with Dormammu, and though he is outmatched, he keeps Dormammu at bay.
After fighting to a standoff, he is allowed to return to earth, which will be safe from attack.

The Ancient One gives him his Cloak of Levitation and the Eye of Agamotto as a reward,
both in their first appearances.

The record sale is for the only-known copy in CGC 9.8. The black cover is very tough in high grade. 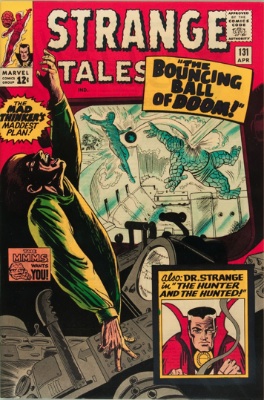 This is the beginning of a seven-issue story arc. 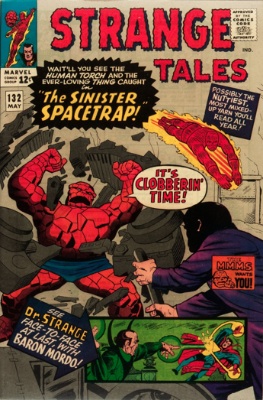 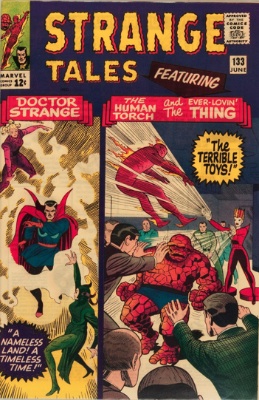 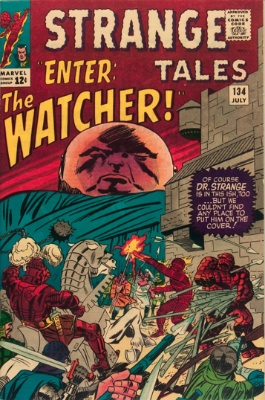 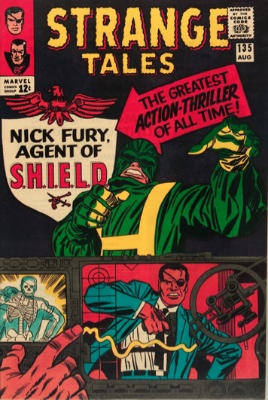 Also the first appearance of Nick Fury, Agent of S.H.I.E.L.D. 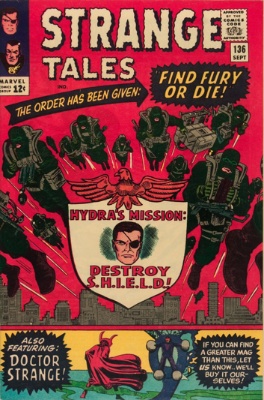 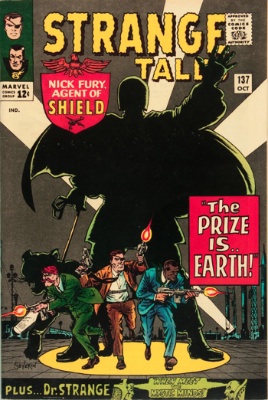 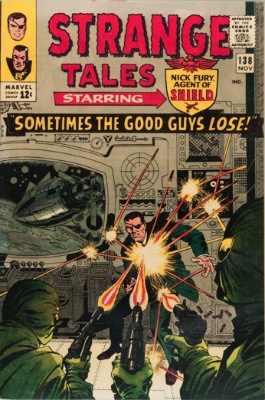 The multi-chapter Dormammu/Mordo story arc continues, with Dr. Strange encountering the incomprehensible being known as Eternity for the first time. 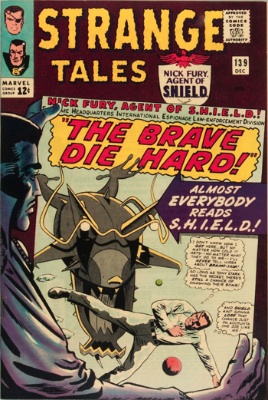 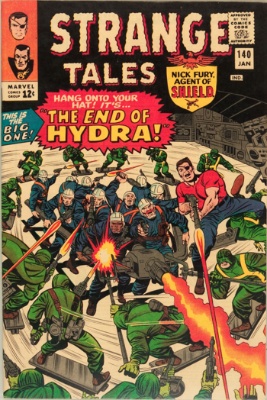 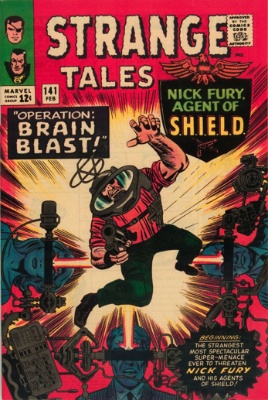 The conclusion of the epic Dormammu Dr Strange Marvel comics story, in which Strange defeats Dormammu without magic,
at which he is outmatched by Dormammu.

He overcomes him in a fistfight, extracting a promise from the Dreaded One
that he will never again attack the Earth. 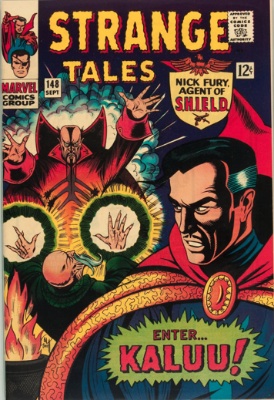 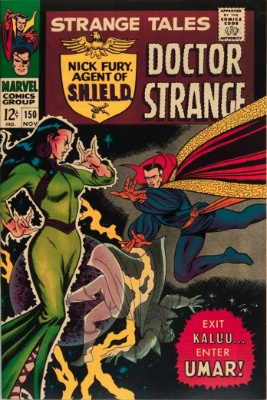 Umar is Dormammu's sister and Clea's mother, and in this issue she returns from exile
to take over his now-vacant place. 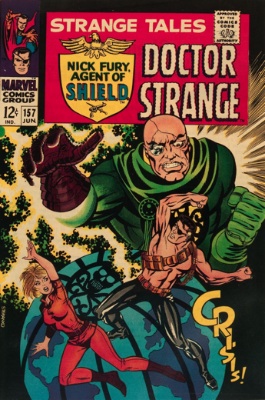 Dr. Strange must unleash the creature known as Zom to defeat Umar. The Ancient One sacrifices himself so that he can pass his strength on to his disciple.

Strange defeats Zom with the Ancient One's strength and advice, but now must face The Living Tribunal. 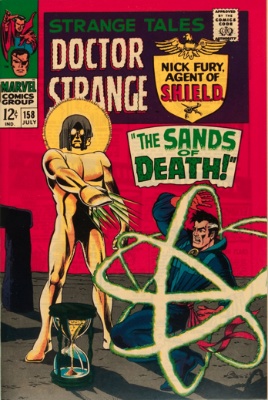 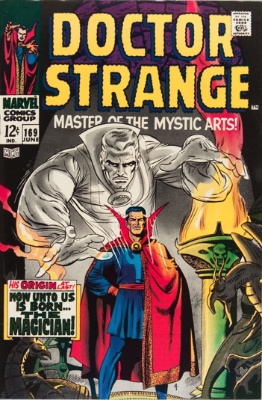 Strange Tales was renamed and refocused with this issue, eliminating the Nick Fury stories
and focusing exclusively on the Master of the Mystic Arts. 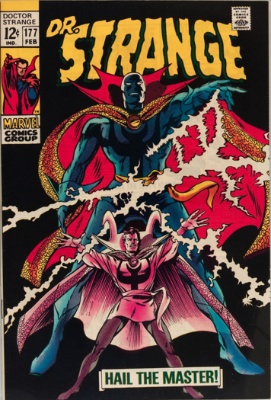 Doctor Strange gets a new uniform and takes on a new body temporarily
to help defeat the Sons of Satannish. 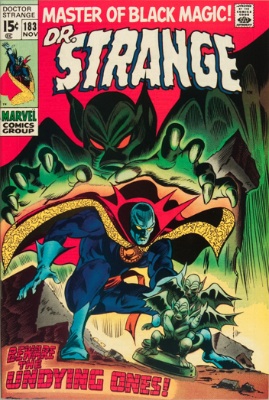 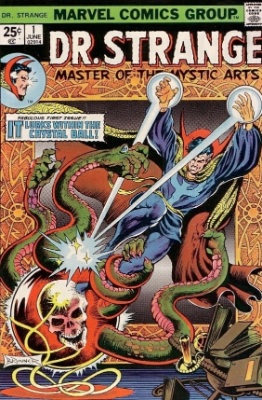 Technically a continuation of the 1968 series which ended with #183.

Value of Thor Marvel Comics
The man with the hammer! But what price will you get when the auction hammer comes down?

Star Wars Comic Book Prices
If you collected these great Marvel issues in your youth, use the force of your mouse finger to find out what they're worth today!

If you want to sell comic books, contact us today!