If you own vintage Thor comics, and you're wondering what they might be worth, you can stop wondering!

Sell My Comic Books offers a FREE valuation service for Thor comic books, and any others.

Let's take a closer look at the most famous Thor comic books, and see which might be worth serious money. 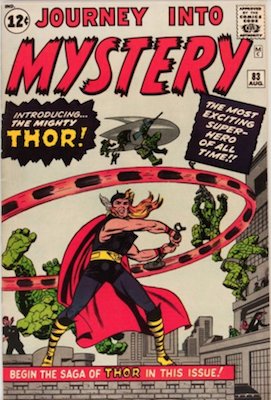 If you're curious about the origin of Thor, it happened in an until-then obscure title called Journey into Mystery.

Before the superheroes took over, Marvel was producing a lot of 'movie monster' type stuff. Some examples: GROGG, CLAGG, FIN FANG FOOM.

The creation of the Fantastic Four saw the beginning of the Marvel Age of comics, but there was still some way to go before everything became heroic.

The crossover came with Incredible Hulk #1, and the roots of that story are easy to spot in this origin, with Dr. Donald Blake accidentally stumbling upon the hammer of Thor -- disguised as an old walking stick!

How to Identify a Golden Record Reprint

It can be easy to get excited when you see a Golden Record reprint of the mega Marvel keys from the early 1960s. Even I have been fooled a couple of times!

The main way to identify the GRRs:

The big giveaway is the lack of a price box. It's an easy one to overlook when you see a high-grade key issue and your pulse begins to race... See images below. 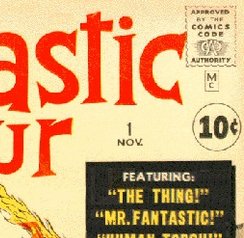 Front Covers of Original Marvel Issues Have Prices Printed on Them 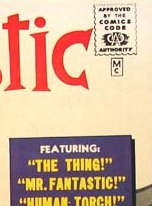 Front Covers of Golden Record Reprint Issues Have No Prices Printed on Them. FF1 has a purple box instead of black. Others are more or less identical 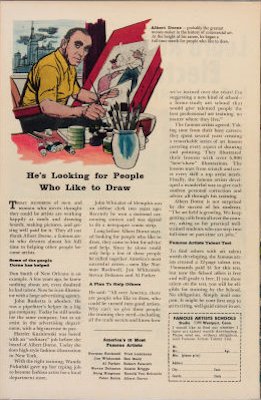 Back Covers of Originals Feature Ads From Clients of Marvel 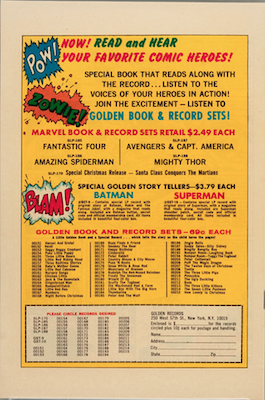 The four titles reprinted by GRR were FF #1, Avengers #4, Journey into Mystery #83, and Amazing Spider-Man #1.

The reprinted comics had slightly different covers, along with an LP record of the story.

While the Golden Record reprints are worth a fraction of the originals, they are still collectible -- especially since for many collectors, the original issues are well beyond their budget.

Mint condition Golden Record comics are now highly sought-after. They are often found in great shape, because the record protected the comic book from damage over the years. 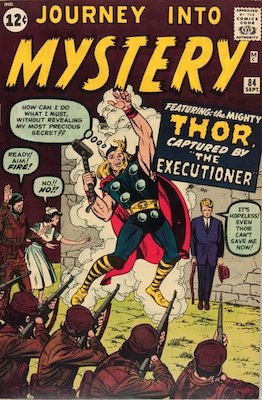 Journey into Mystery #84
Second Appearance of Thor in Marvel Comics

The second appearance of any major superhero is always sought-after.

JIM #84 is hard to find in high grade, due to its chocolate brown cover which shows wear.

Loki is one of the most important of all the Thor villains, and his first appearance is a valuable find in any shape.

Arguably this issue is the second-most important in all the history of Thor Marvel comics.

Journey into Mystery #103
Origin and First Appearance of the Enchantress 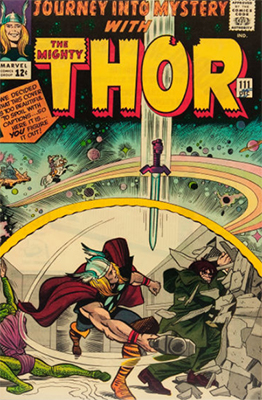 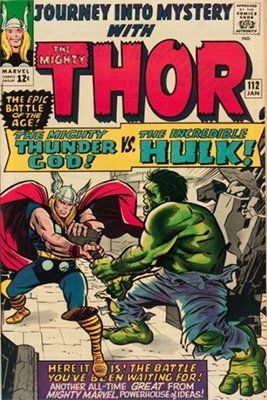 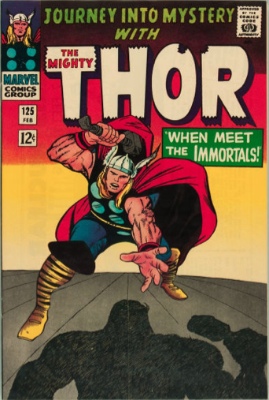 Journey into Mystery
As well as Thor's first appearance in #83 (1962), there are plenty of highly collectible comics.

The run ends at #124, when the comic is renamed The Mighty Thor (see below for key issues from the later series).

The Mighty Thor
The Thor comic books series continues the adventures of Thor from where Journey into Mystery leaves off.

It begins at #126 and runs until #502, when the title is renamed Journey into Mystery again.

There are several key issues in the Thor Comics run. 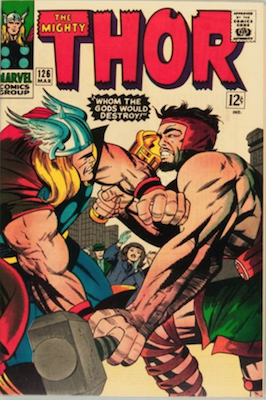 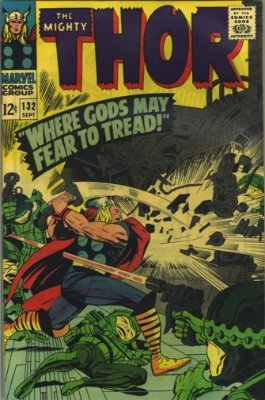 Thor #132
Origin and First Appearance of The Living Planet

One of the few characters confirmed to be appearing in the second Guardians of the Galaxy movie, Living Planet is Star-Lord's father. 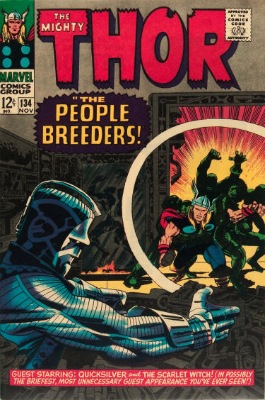 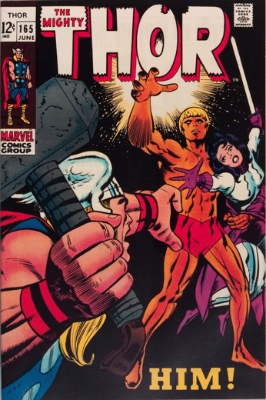 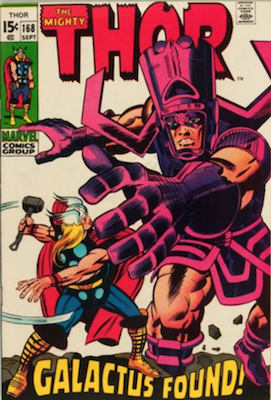 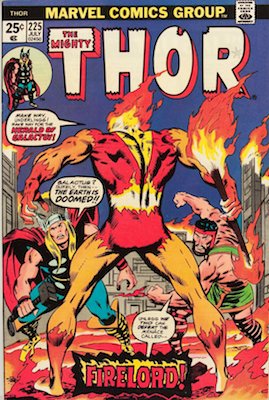 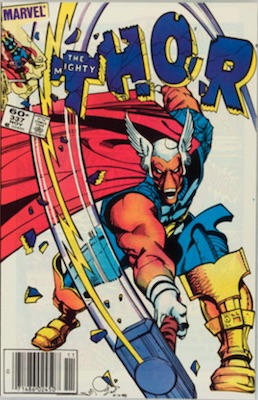 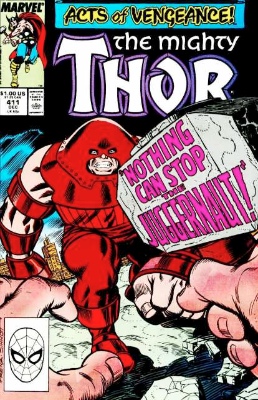 There are hundreds of Thor Marvel comics. He is a massively important character, especially since the Marvel Cinematic Universe started churning out Avengers and Thor movies.

Here are the most valuable issues where Thor appears. 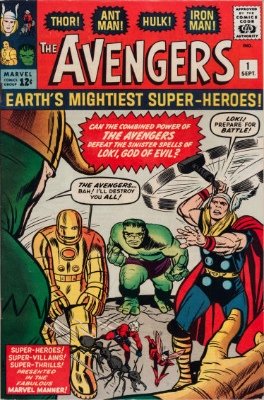 Avengers #1
Origin and first appearance of the Super-Team

The Avengers
Thor was one of the founding members of The Avengers. He appears from issue #1 to #16.

This means that collectors wishing to own all the Thor Marvel comics will need to buy a lot of the Avengers series, too! 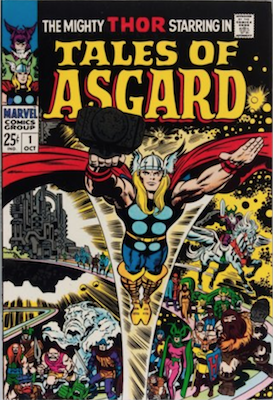 Tales of Asgard
This one-shot comic was published in 1968. It reprints early Thor stories. Only worth money in top condition.

Sell My Comic Books will value your Thor comic books for free.

Once you know their value, you can sell them to us. We'll back up our valuation with a Dollar offer.

We also buy any other vintage comic books. Get in touch today.

Thor Marvel Comics Characters  Guide
Marvel Comics has used Thor across a wide variety of titles. Find out which ones are worth money, and have yours appraised for free.

Iron Man Comics Price Guide
Find out the value of classic issues of Iron Man comic books, Tales of Suspense, and other titles with Tony Stark in the story!

Value of Avengers Comic Books
We break out all the key issues of the super-team, most of them featuring Thor.

100 Hot Comics: Avengers #4
This classic issue with Thor, Iron Man and the return of Captain America is HOT! Find out why...

Sell My Comic Books: Free appraisal of your vintage comics!