The trailer for the Sony Morbius The Living Vampire movie has recently dropped and the fan response is positive.

The Living Vampire has attacked Hollywood, and if the reaction to the trailer is valid then Sony could have another hit on its hands.

The transition into horror-action comes at a perfect time for Sony. They are just a step ahead of Marvel Studios with their launch into this genre. In addition, there are hints in the recent trailer of the Sinister Six (first appearance in Amazing Spider-Man Annual #1).

With a catalyst, outstanding trailer, and a talented lead, Morbius the Living Vampire is worthy of speculation. 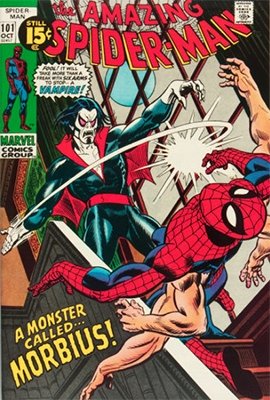 The story that Thomas spins has Spidey seeking a cure for his six armed mutation. He goes to Michael Morbius for help, as Morbius is the acknowledged leader in the field of biology. At some point it all goes bad and Morbius turns himself into the first scientifically created blood sucker.

Morbius The Living Vampire is a concoction of vampire bat blood and mad scientists knowhow. Spidey battles Morbius who is clearly the villain in this Amazing Spider-Man Roy Thomas tale.

Roy Thomas hit a home run in creating this character. Morbius is still memorable even today decades later. At the time, Thomas thought he would be a throw away villain, kind of a one-off. He did admit later the character could certainly be more and had the depth for an anti-hero.

Why the Morbius Movie Has Future Potential 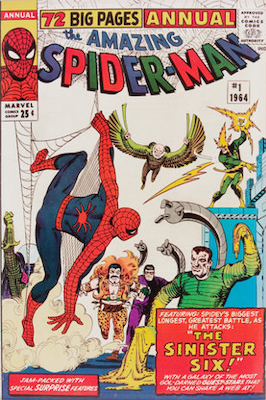 Trailer reveal confirms the potential for Sinister Six and potentially Toomes and Morbius to appear in additional Sony-Marvel productions. Time to get yourself an Amazing Spider-Man Annual 1?

The Morbius movie has many admirable qualities as a source of speculation. The character has been popular with mainstream fans for years.

In addition, as a Bronze Age key this book has had staying power. In my opinion, other than the first Punisher (Amazing Spider-Man #129), ASM #101 is one of the better of the Spidey keys for the Bronze Age for issues #100-200.

Further, there is also a catalyst in the trailer with a guest appearance from a villain from the movie Spider-Man: Homecoming. The trailer shows Adrian Toomes a.k.a. “The Vulture” talking to Dr. Morbius he says, “What’s up doc?”

This reveal confirms the potential for Sinister Six and potentially Toomes and Morbius to appear in additional Sony-Marvel productions. Further it confirms that Morbius is in the same world and will interact with these characters in the future possibly.

It essentially lays the ground work for a Sinister Six villain team that could appear in the next Spider-Man movie for instance. With Roy Thomas’s Franken-Vampire on the loose; what keys should you own to cash in on the rise of Morbius Living Vampire?

Morbius the Living Vampire: What to Buy 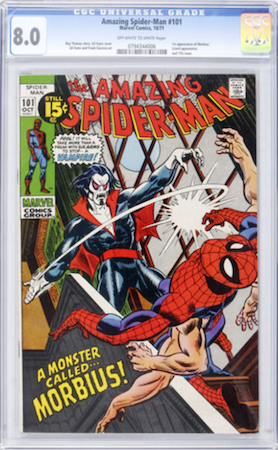 You will not go wrong investing in Amazing Spider-Man #101 even now.

There are still many critical events for the Morbius movie: a second trailer, multiple media interviews, early critic reviews, final trailer, and ultimately the premiere night.

I would not hold onto this book after the movie, quite simply sell into the movie premiere at the latest. After that, expect this book's price to deflate 30-40% on average.

Speculators know this routine so pick your time carefully and strike. Morbius the movie is a big event for this key book. 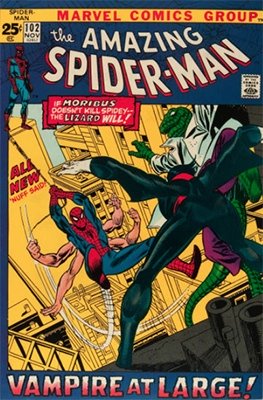 The Amazing Spider-Man #102 was created in 1971 during the Cold War. With tensions between the United States and Soviet Union, worldwide people were constantly worried about nuclear holocaust.

Given this backdrop of possible nuclear war it is understandable an artist would create a radioactive mutation for Spidey. After all, the thought of radiation fallout and its impact on people made for great creative material for a writer at the time.

This is the second appearance and origin story of Michael Morbius in Marvel Comics. Spidey does indeed have six arms on the cover of Amazing Spider-Man #102!

The origin story of any character is a keeper to be sure. Though not as important as the first appearance it ranks right up there in the top keys. The returns are excellent a good bet for speculator or investor alike. 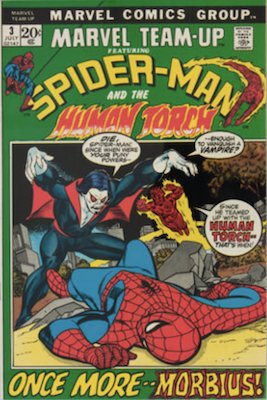 Marvel Team-Up #3: What to buy

This is the 3rd appearance of Morbius the Living Vampire. It was created by Gerry Conway (script) and Gil Kane (pencils).

Luckily on this outing Spidey has the Human Torch as his team-up buddy.

Vampires can definitely be burned by the Human Torch. Speculators don’t want to end up being hit by friendly fire from the Torch’s Nova Blast, don’t get burned by holding this book too long. 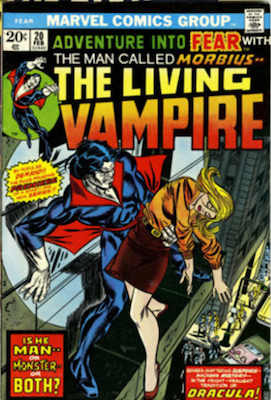 Adventure into Fear #20: What to buy

Morbius first appeared in his own comic in Adventure into Fear #20.

Creatures on the Loose #30 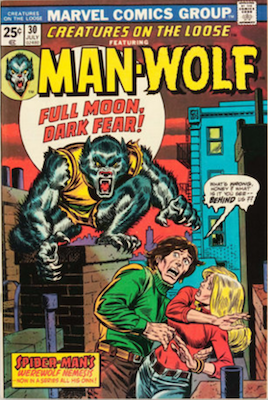 Creatures on the Loose #30
1st Appearance of Agent Simon Stroud

Creatures on the Loose #30: What to buy

This is the first appearance of Agent Simon Stroud, played by Tyrese Gibson in the Morbius movie. This same character appears in Werewolf by Night stories and begins the solo Man-Wolf series.

This FBI agent will probably be some kind of narrator through which the Marvel fans will experience his reaction to the horror of Morbius.

Gibson has been in several hit movies and always brings his “A” game. In addition, to a strong actor this character could play a bigger role in Sony’s horror world. 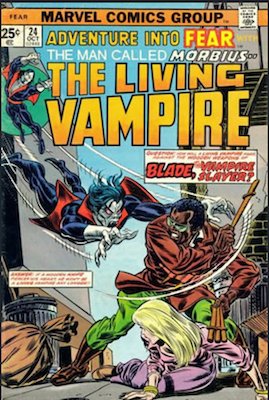 Adventure into Fear #24: What to buy

When two anti-heroes collide in Marvel it is a sight to behold, and also a minor key.

This book is the first appearance of Blade outside of the Tomb of Dracula franchise. It is also the first meeting of Blade and Morbius.

Surprisingly, this is not cheap with prices reaching $405 for grade 9.8 in this comic. 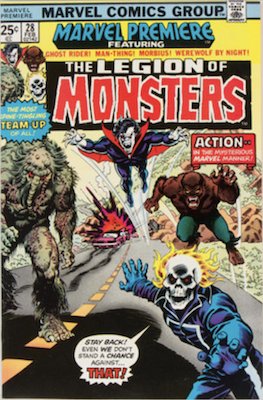 Marvel Premiere #28: What to buy

This is the first team appearance of the Legion of Monsters. The Legion includes Ghost Rider, Man-Thing, Morbius, and Werewolf by Night.

Marvel Premiere #28 has been a very hot comic book to own with monstrously-huge speculation. The long-term returns have been good.

This once back issue bin comic has been popular. However, when the Sony and Marvel teams decide on a direction for their monster mob; this book could drop out of sight and become as quiet as the grave. If you own one cash it in while you can.

If the Morbius movie is a hit, and Marvel and Sony play nice, though, you could be holding onto another hot comic book.

Other Marvel Comics Characters in the Morbius Movie
See values of Amazing Spider-Man, Avengers, Thor and many more.

Amazing Spider-Man #101-120 Prices
See values of the key issues from the 1970s in our in-depth Spidey price guide!

Most Valuable Comic Books of the Bronze Age (1970s)
See which 100 comics are the most expensive, including the first Wolverine.

60 Most Valuable Horror Comic Books
Which horror comics are the ones to find? Our price guide breaks down the records.