Premiere was a series designed to introduce new characters, and to provide a home for those who no longer had their own books.

It launched Iron Fist and the reinvented Adam Warlock, and provided a home for Doctor Strange when he needed one.

Roy Thomas and Gil Kane did some of their finest work on Marvel Premiere, and the run of Doctor Strange stories that Steve Englehart and Frank Brunner worked on are among the most renowned in all of Bronze Age comicdom.

We'll go issue by issue, looking at the classics as well as the one-shots, the weirdos, and the odds and ends.

Have Your Issues of Premiere Valued!
If you've got some old Marvel Premiere comic books, then click here to have them valued FREE by Sell My Comic Books! 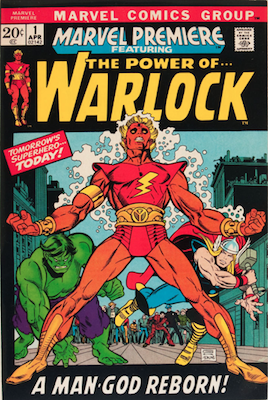 The being known as Him (first seen in Fantastic Four #67 and Thor #165) was rebooted and reborn, literally, as Adam Warlock, the messiah-like figure who would live on counter-earth.

The High Evolutionary gives him his Soul Gem in this issue. 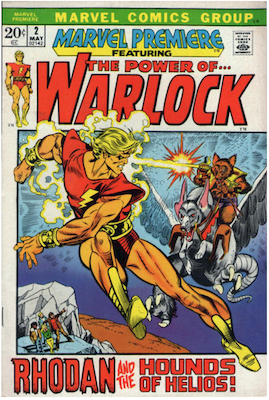 "The Hounds of Helios!"

Warlock battles the character who would become his primary adversary, the Man-Beast. 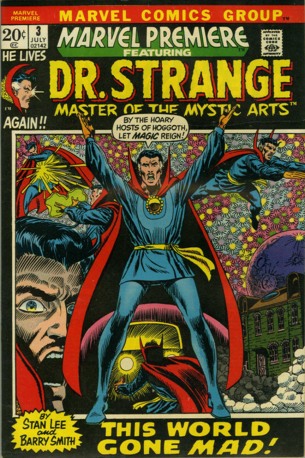 "While the World Spins Mad!"

Dr. Strange battles his old foe Nightmare, while unconscious in the hospital after being hit by a truck. 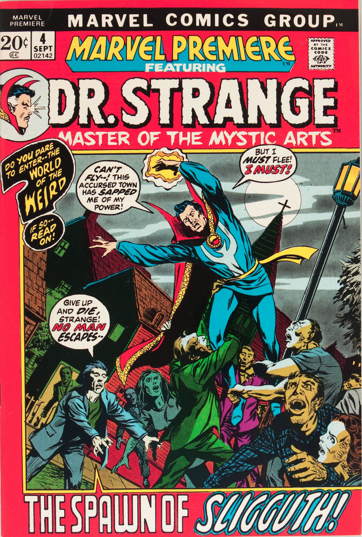 Dr. Strange is asked to investigate a small town in which odd things are happening, and ends up the captive of the cult of the reptilian Sligguth. 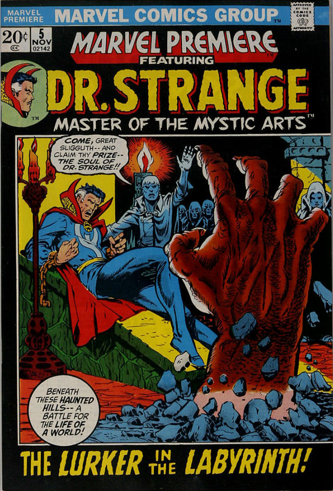 "The Lurker in the Labryinth!"

Dr. Strange battles Sligguth himself in a labyrinth, and finds out that Sligguth is working to help Shuma Gorath in an attempt to return to destroy humanity. 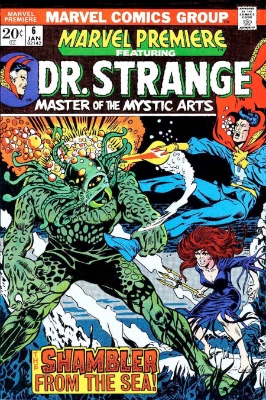 "The Shambler from the Sea!"

Dr. Strange defeats Sligguth, but then must battle both N’Gabthoth and the priests of Sligguth, who have kidnapped Clea and Wong. 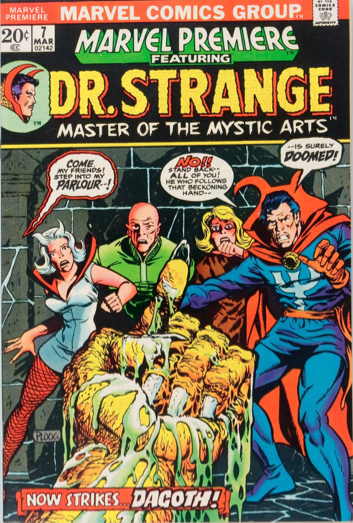 "The Shadows of the Starstone!"

Dr. Strange falls under the influence of the Starstone, and must battle Dagoth in the Witch House as the next step in preventing the return of Shuma Gorath. 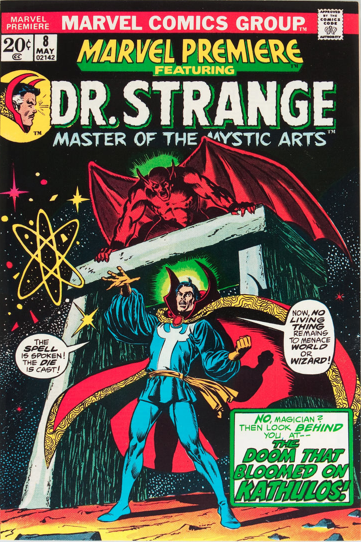 "The Doom that Bloomed on Kathulos!"

Dr. Strange destroys the Witch House and then travels through a portal in Stonehenge to the realm of Kathulos, a demon shaped like a venus flytrap with a human head. 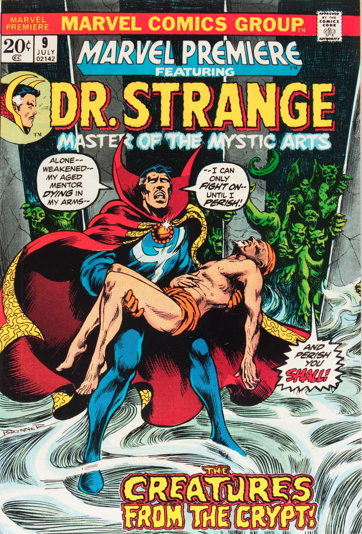 Dr. Strange returns to earth and must fight the Living Buddha, leader of the Kaa-U, who have taken the Ancient One prisoner. Strange learns that Shuma Gorath plans to return through the Ancient One's mind. 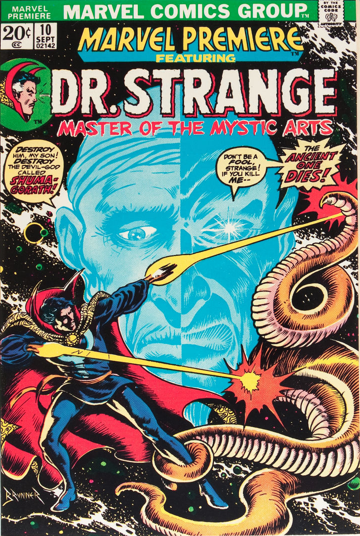 The Ancient One then appears as part of all things to reassure him that he did the right thing, and that Dr. Strange is now the Sorcerer Supreme. 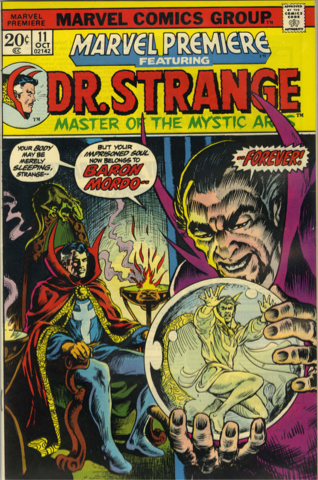 Dr. Strange goes to the Ancient One's sanctum and tells Hamir to close it down for good. 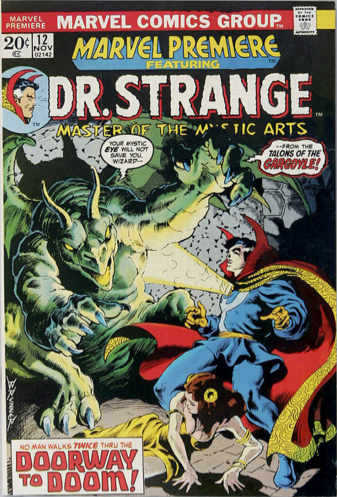 "Portal to the Past"

Dr. Strange returns to America, and takes Clea on as his disciple. He then travels to Transylvania to settle things with Mordo. 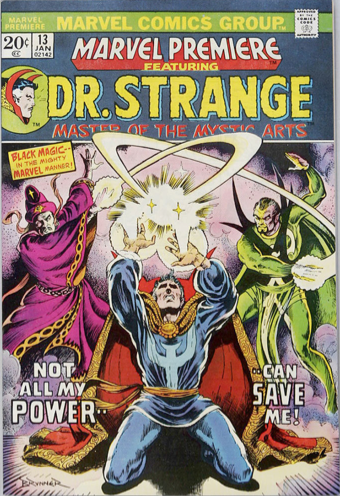 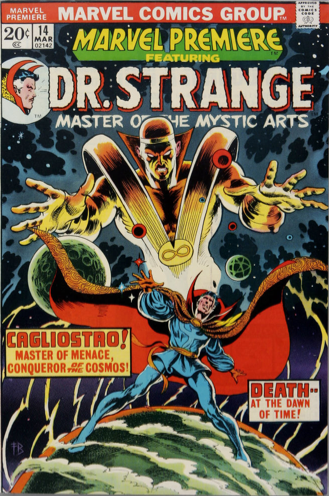 Strange and Mordo travel back in time to the dawn of creation, and Sise-Neg realizes that
remaking the world in his image is a bad idea. 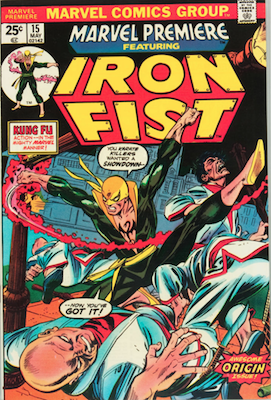 "The Fury of Iron Fist!"

Daniel Rand finishes the penultimate challenge of his training in K'un L'un, and reflects on
how he got there.

Completing the final challenge, he must make a final choice:
stay in K'un L'un and be immortal, or return to the world. 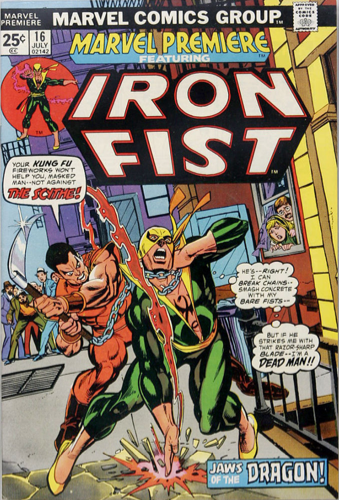 "Heart of the Dragon!"

Daniel, now in New York City, fights off an assassin named Scythe sent by Harold Meachum, the man who killed Daniel's father. He reminisces about how he acquired the power of the Iron Fist. 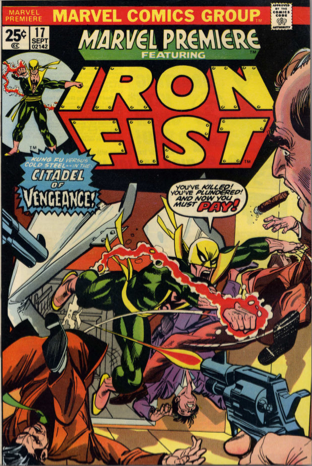 "Citadel on the Edge of Vengence"

Iron Fist goes to the Meachum building to confront Harold Meachum, but must battle his way through innumerable traps and defenders. 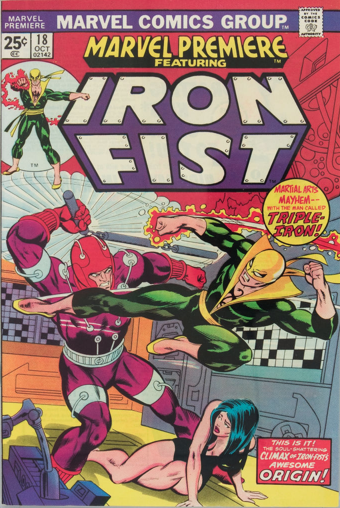 Iron Fist's quest for vengeance is thwarted when he finds Meachum to be a crippled old man. He decides not to kill him, but then a mysterious Ninja comes in and kills Meachum, for which Iron Fist is blamed. 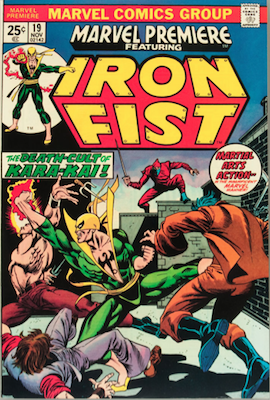 Iron Fist tries to explain to Meachum's daughter that he did not kill her father, but is lured into a trap by her in Times Square.

Colleen Wing informs him that her father, Lee, has found a book that shows how to destroy K'un L'un, and that assassins from the Cult of Kara Kai are after it. 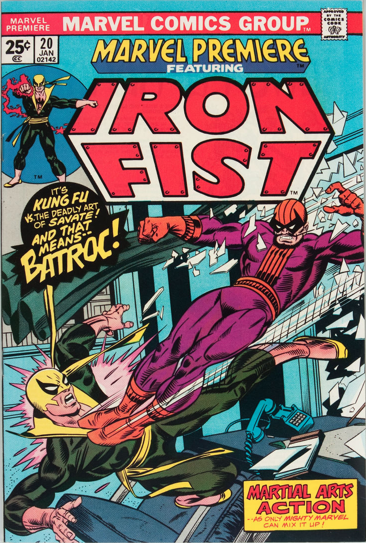 "Batroc and Other Assassins"

Iron Fist again tries to explain himself to Meachum's daughter, but is attacked by Batroc.

Defeating Batroc with the help of the Ninja, he returns to the Wing residence, where he finds that
the Ninja is Lee Wing!

Click here to see Part Two of this Price Guide >>>

Rare Comic Books and Their Values
If you're lucky enough to find one of these super-scarce issues, you could be in the money!

Avengers Comic Book Values
Another movie has been confirmed, so it's time to see which Avengers comics are worth big $$$.

Focus on Incredible Hulk #1 Comic Investments
This back issue of our free newsletter looks at how prices for Hulk #1 are rocketing.

How to Make a Quick List of Comic Books For Sale
If it's time to sell your collection, then check out this fast method for making us a list.