Here are values for the next 30 issues. We publish record sales and minimum values. Click any book to see current market prices. 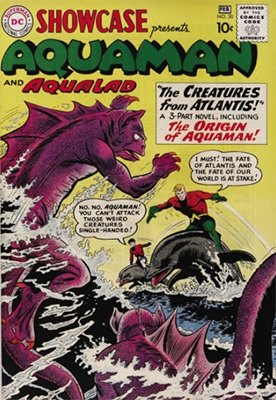 Aquaman had never really gone away, but he hadn't ever been the superhero with the greatest presence in the DC universe. Showcase #30 relaunched the character.

Aquaman was always hovering in the "third tier" of DC heroes, along with the likes of Green Arrow, Hawkman, J'onn J'onnz or the Red Tornado.

While Showcase didn't really reboot Aquaman or change the character in any way, it did give him a wide audience, wide enough to support a ten-year run with his own title. 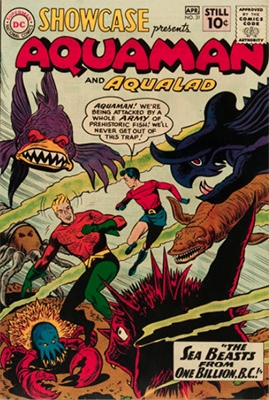 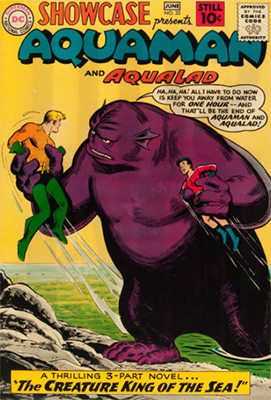 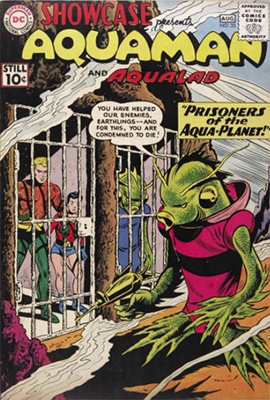 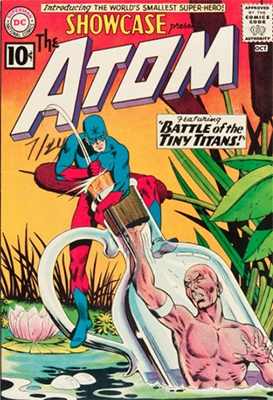 Following immediately on the heels of the successful reintroduction of Aquaman to a wide audience, DC gave The Atom the same treatment they'd given The Flash and Green Lantern, and in so doing created a very valuable comic book. 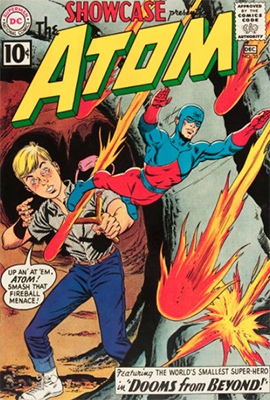 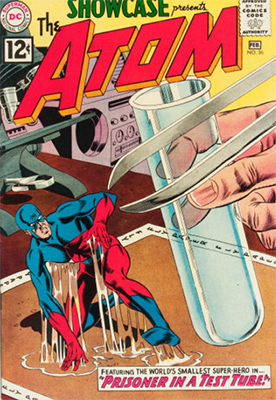 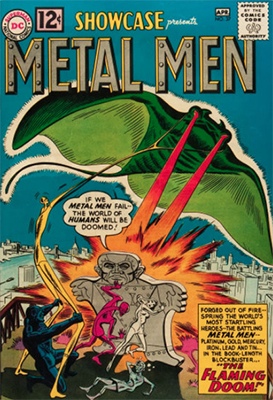 Showcase comics were making a pretty hot run of it at this point.

Coming off three months of The Atom, and before that, four issues of Aquaman, it seems like some pretty important and ground-breaking stuff was happening in the pages of Showcase comics every month.

Showcase #37 saw the first appearance of the Metal Men.

Their appearances in Showcase #37 and for the next three issues (through Showcase #40) gathered enough response to justify their own title, which ran for six years and 41 issues as a bi-monthly.

Showcase #37 is worth a good amount even in mid-grade. 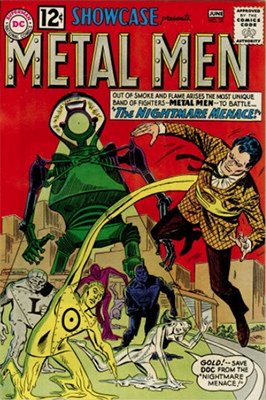 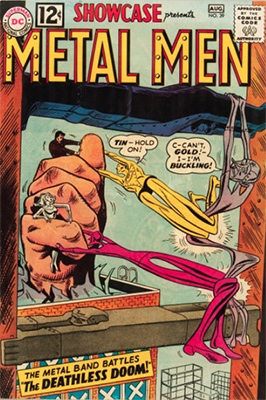 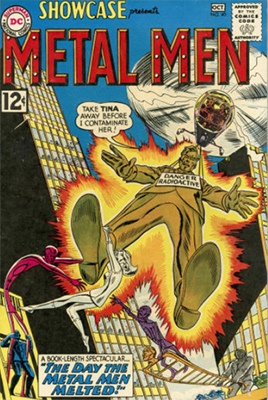 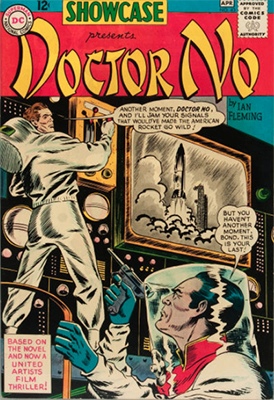 DC's Showcase comics jumped on the James Bond craze in 1963 (even President Kennedy had said he loved reading Ian Fleming's James Bond novels) with this loose adaptation of the 1962 film, Dr. No with Showcase #43.

It was the first time that James Bond would appear in an American comic book, and pretty much the last for ten years. 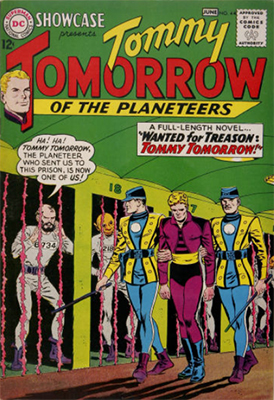 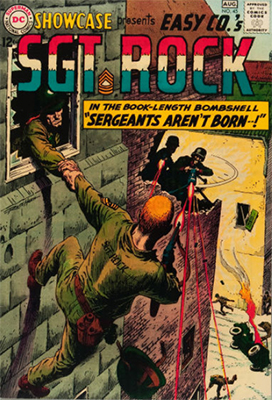 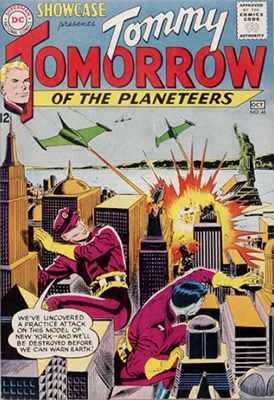 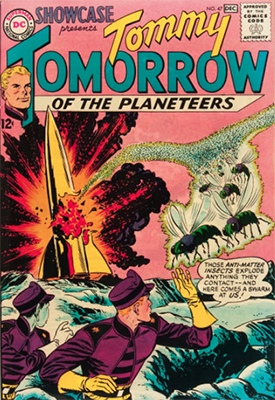 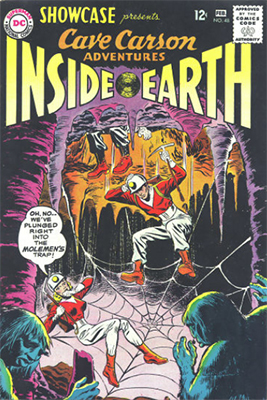 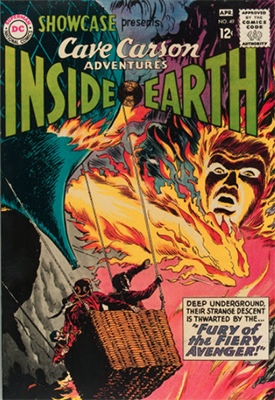 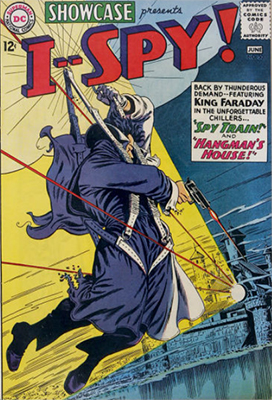 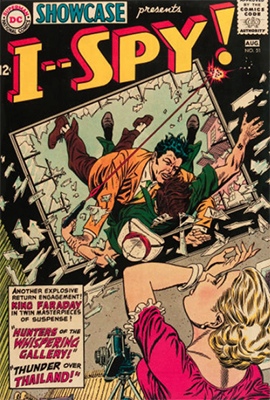 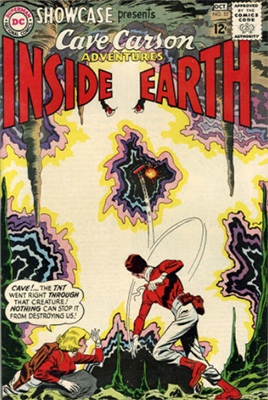 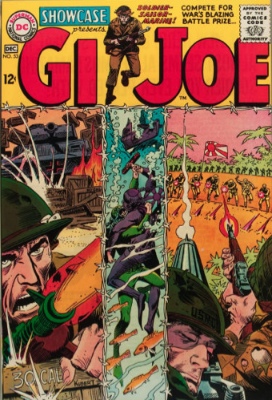 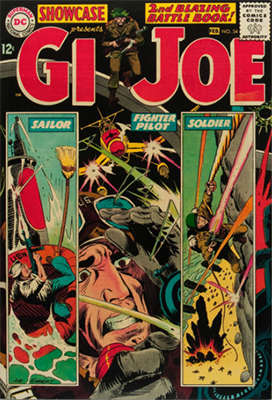 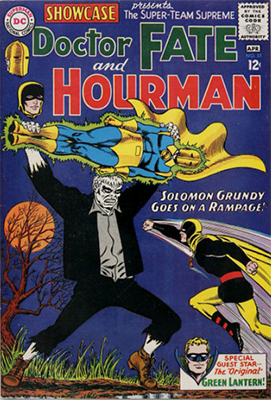 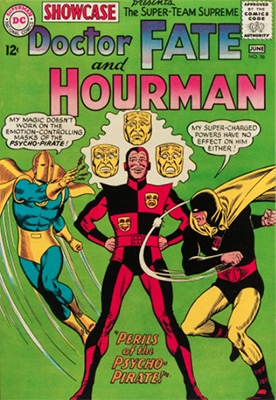 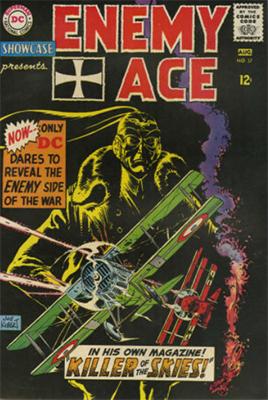 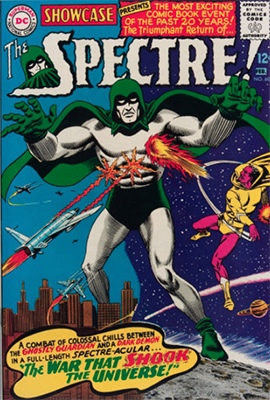 The Spectre was, and remains, one of the most unusual heroes in comic books. He turns up in unusual places at unusual times.

At present, he's been retconned into a sort of personified embodiment of the wrath of god, but back in 1966, he was still no more than the avenging spirit of the murdered police officer Jim Corrigan.

The Spectre has always been cool. The bad guys fear him with good reason.

Use these links to see the values of other comics in this series:

Get a FREE Appraisal of Your Comics!

Click here to have your comic books valued FREE by Sell My Comic Books. We'll need photos of your comics to give you a proper appraisal.

Showcase Values for Issues #61 to #104
The final run of Showcase, including the Bronze Age relaunch. What are these issues worth today? Find out here.

Other DC Characters Who Appear in Showcase
Learn how much the other comics featuring the stars of Showcase are worth, and get yours valued if you want to sell or insure them.

JLA Comic Book Price Guide
Learn the values of those landmark issues featuring the JLA, including Brave and the Bold #28, #29 and #30 and their dedicated series.