Mad Magazine: Values of Back Issues

Founded by Harvey Kurtzman and William Gaines, the American comedy magazine known as Mad hit the shelves in 1952.

Originally a comic book, Mad developed readerships of over 2,000,000 in the 70s, known for the brilliant satirical pieces that filled each page.

The comic ran for 23 issues before being converted to magazine format, primarily to avoid the attention of the Comics Code Authority.

Nowadays, the mascot, Alfred E. Neuman, is generally slapped on the cover to stand in for a new movie or event that the comic focuses on that issue.

In the beginning, the cover art was much different, as if growing and morphing to find itself. 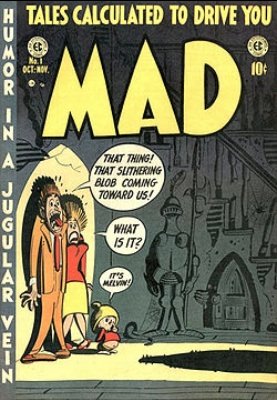 "Tales Calculated to Drive You… MAD." Published in October of 1952, the first Mad comic portrayed a frightened family awaiting some sort of beast named Melvin. For only ten cents, children could read a series of stories meant to drive them insane.

In a 2010 interview, Al Jaffee, a lifelong Mad contributor, made the statement: "Mad was designed to corrupt the minds of children. And from what I'm gathering from the minds of people all over, we succeeded."

Articles in the first comic book consisted of "Hoohah!" with art by Jack Davis; "Blobs" by Wally Wood' "Ganefs" by Bill Elder' and "Varmint" by John Severin. 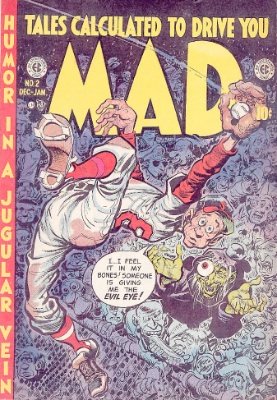 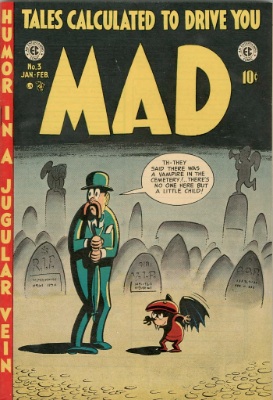 Click any image or link to check the value of each issue. 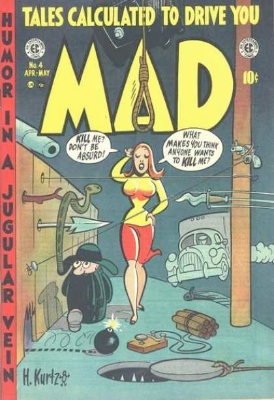 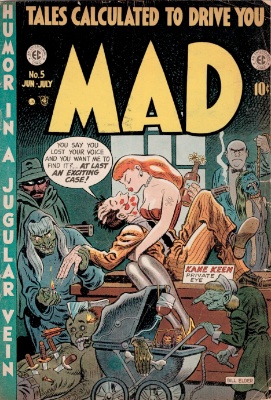 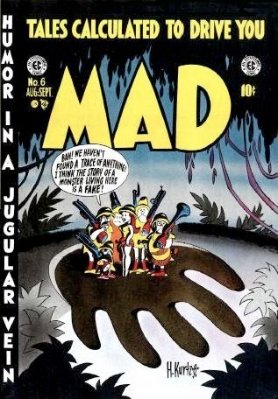 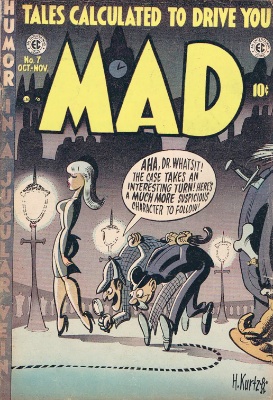 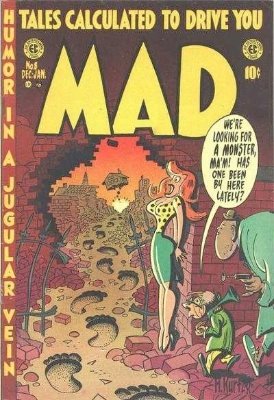 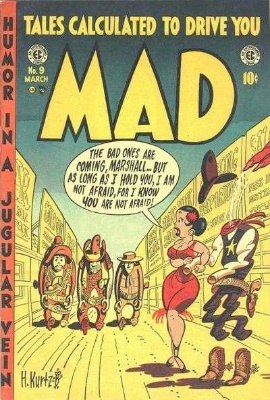 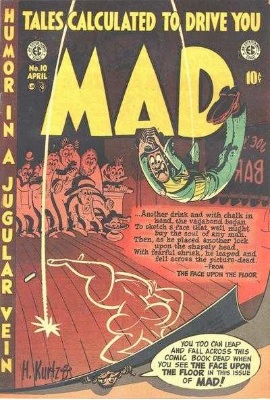 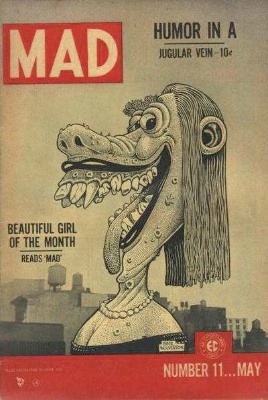 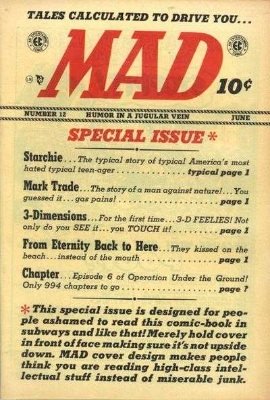 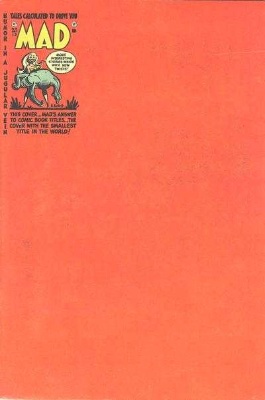 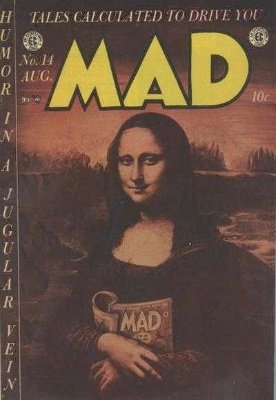 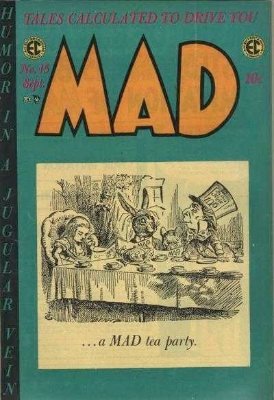 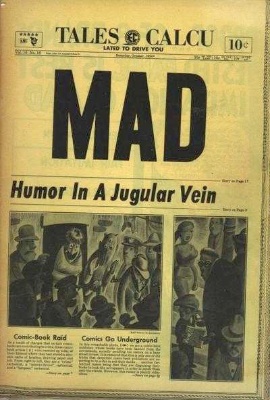 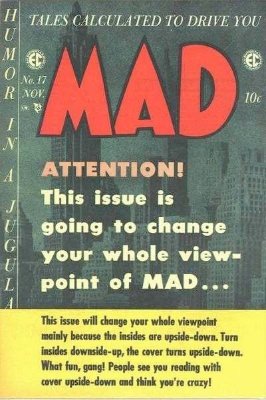 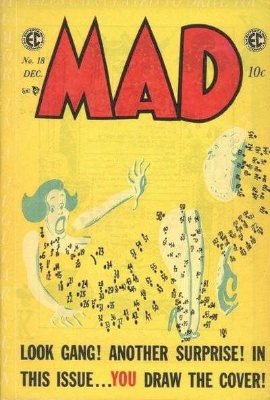 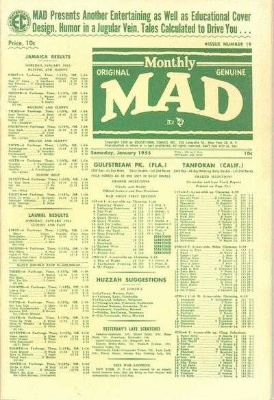 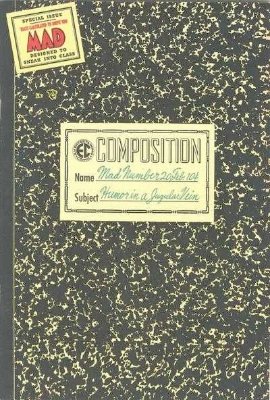 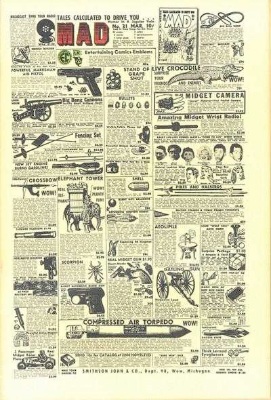 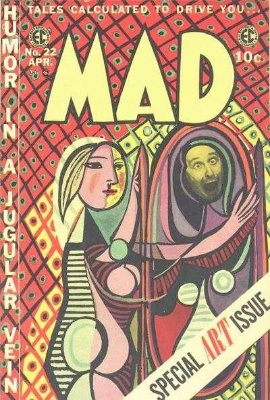 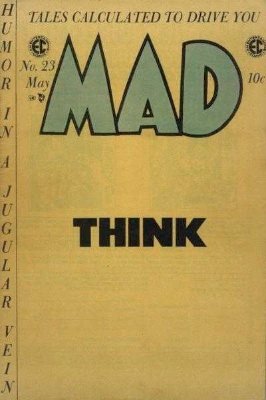 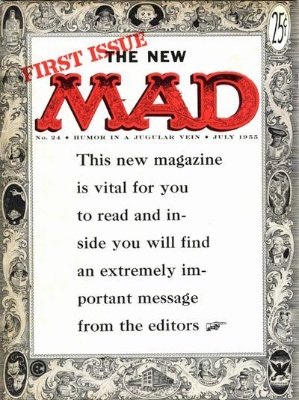 In the 24th issue of the comic, Mad decided to turn into a magazine. This was largely due to the attention the publisher had received from the Comics Code Authority (essentially censoring its other titles). 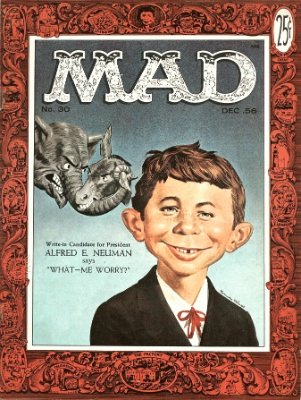 In many ways, Alfred E. Neumann IS Mad Magazine. His face is probably what you think of when you hear the name of this iconic publication.

This first appearance on the cover of Mad is a key issue. A recent sale broke the record, with a CGC 9.6 selling for $1,750 at ComicLink.

Get yours valued for free if you have one.

Have Your Mad Back Issues #1 Through #50 Valued

If you have any early Mad Magazines, we would love to help you sell, value, or find insurance for these national treasures.

Simply send in a few pictures and we can get started to find out exactly what they're worth. Contact us here to start the process today.

Top 60 Most Valuable Horror Comic Books
Find out the value of the world's most desirable and rare horror comic books, and have yours appraised for free!

Tales from the Crypt comics (formerly Crypt of Terror)
Another EC series that you must not miss!