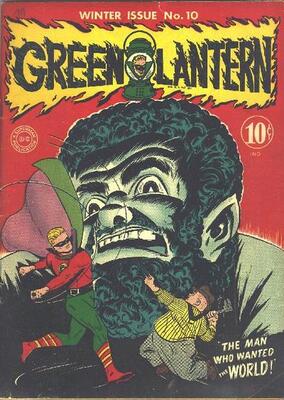 by Christopher Tanis and Ashley Cotter-Cairns

Green Lantern comic books have had their ups and downs in terms of popularity. Periods of steady sales have alternated with lean times, and even cancellation of the title.

The resurgence of superhero movies as profitable ventures for Hollywood studios meant that they began looking at heroes other than Batman and Spiderman, and eventually green-lighted a Green Lantern movie. 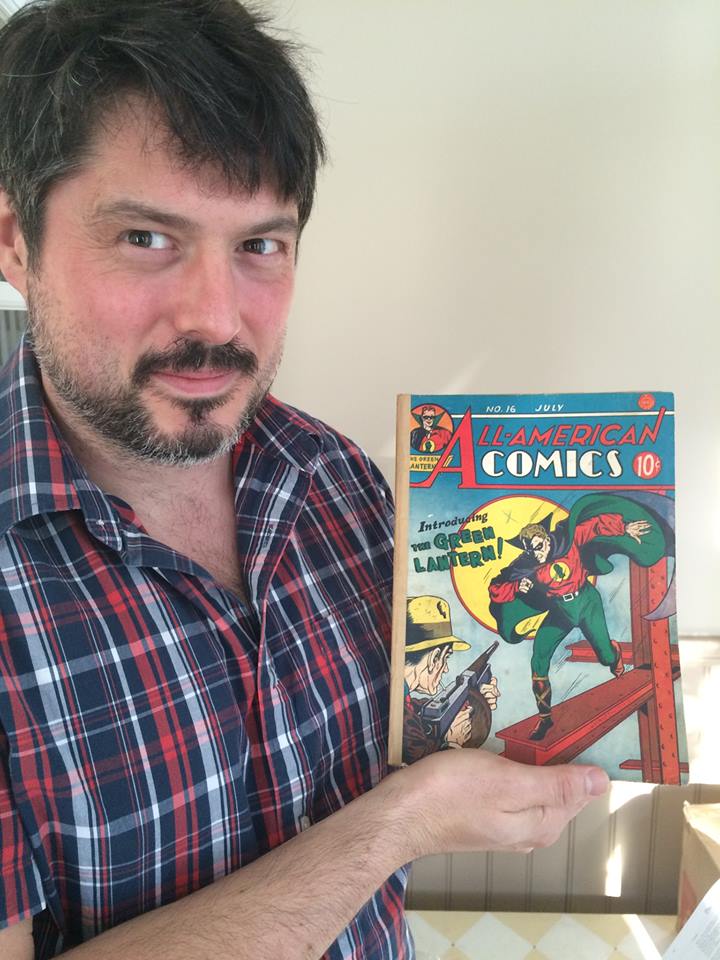 Less than 50 of these known in the world! Here's a copy of All-American Comics #16 we just acquired. With apologies for the bad hair day!

Although the 2011 release did not perform as well as other superhero films, the public became more aware of the Emerald Gladiator, and interest in Green Lantern comics from all eras was piqued.

What has the film's release done to the values of the earliest comics featuring Green Lantern?

The increased interest has certainly added some value to the various titles that featured Alan Scott, the original Golden Age Green Lantern, as well as the other later titles, and their respective Lanterns.

If you've got some old comics featuring the Green Lantern;

including All-American Comics #16, All-Star Comics #3, and Green Lantern #1 from 1940, then click here to have them valued FREE by Sell My Comic Books!

All-American Comics #16: Origin and First Appearance of The Green Lantern 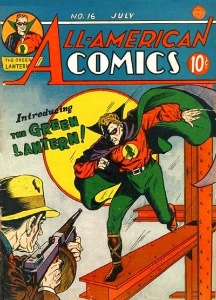 In the heart of the Golden Age, after Batman, Superman, and Captain Marvel had paved the way for superhero comics, original Green Lantern Alan Scott made his debut in All-American Comics #16, in July 1940, illustrated by his co-creator, Martin Nodell.

All-American Comics (click for full article) was published by All-American Publications, a company that through a series of mergers, notably with National Periodical Publications, would eventually become DC Comics.

In this issue, readers were treated to the story of how Alan Scott, a young railroad engineer who finds a mysterious magical green lantern that speaks to him, instructing him how to make a ring from its metal, and telling him wearing the ring will give him fantastic powers.

This comic also introduced the necessary weakness to keep the hero interesting. In this case, there are two.

First, Alan Scott’s magic ring needed to be recharged every 24 hours by contacting it to the magic lantern.

Second, his ring had no affect on anything made of wood. These weaknesses made Green Lantern human, and in varying forms, have made all the other Green Lanterns who came later easy to identify with as well.

Have a copy? We'll value it for you free!

All-Star Comics #3: First Appearance of the Justice Society of America 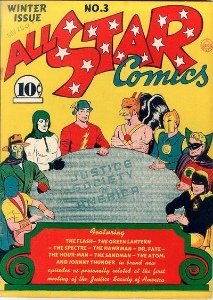 All-Star Comics #3 introduced the first super-team, the Justice Society of America, destined to be the template for the Silver Age's great super-team comics, principally the Justice League of America.

Written by Gardner Fox and illustrated by Everett E. Hibbard, this issue of All-Star details the circumstances of the first group meeting between Green Lantern, Flash, Hawkman, The Spectre, Hourman, Sandman, Dr. Fate, and the Atom, with Johnny Thunder and his magic Thunderbolt along for the ride as mascots.

Prompted by Johnny, each hero takes turn telling the others of his most exciting adventure. This gives this issue something of an anthology feel, since the JSA does not actually team up and fight crime as a unit.

Nonetheless, this comic is, as Golden Age comics tend to be, typically rare and valuable. Finding one of these in your grandfather's attic would be a very nice treat indeed! 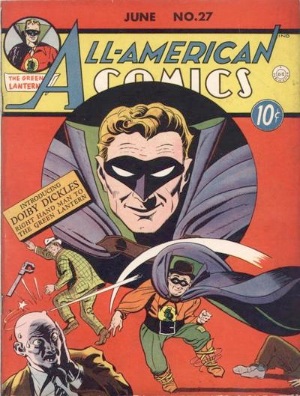 In All-American Comics #27, from June of 1941, we meet Charles "Doiby" Dickles, destined to become Green Lantern's on-and-off sidekick for the remainder of the Golden Age.

Written by Bill Finger and featuring art by Irwin Hasen, Meet Doiby Dickles shows how Brooklyn cab driver Charles Dickles gets involved in Green Lantern's life when he rescues Alan Scott’s secretary, Irene Miller, who has been kidnapped by thieves.

Doiby (so named because of his ever-present derby hat and thick Brooklyn accent) later disguises himself as GL, and pursues the thieves further. Impressed, Alan Scott recruited him as his partner.

This issue may be of somewhat less value than the others we've discussed, but there is nonetheless a market for any Golden Age comic book. 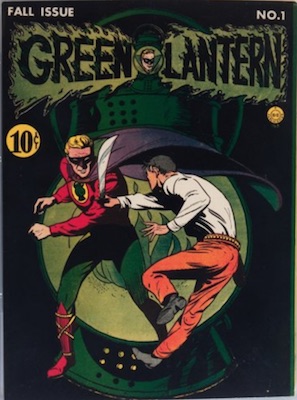 Response to GL's early appearances in All-American Comics, and his participation in the JLA adventures in the pages of All-Star Comics over the last year, had finally convinced the honchos at All-American Publications to give the Emerald Gladiator a shot at superhero glory.

This issue came with an eye-catching cover by Howard Purcell that was simple, graphic, and powerful. It became a benchmark for comic cover art, with its direct action, dynamic subject matter, and simple graphic design: Green Lantern punching the daylights out of a criminal, who is flung back towards the reader at an oblique angle.

Issue #1 of Green Lantern begins with a retelling of GL's origin story from All-American Comics #16, and then several short GL stories, all of which were written by Bill Finger and illustrated by Martin Nodell. 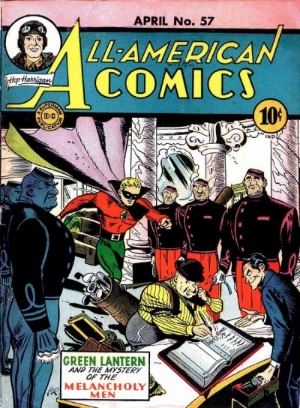 The last issue of Green Lantern comic appeared in 1949, with Green Lantern Comic #38. All "twilight" issues of comic book series have become sought-after, making this one a minor key.

After 1951, Green Lantern comics would not appear again until DC's early Silver Age reboot, in 1959 with Showcase #22.

But the story of Hal Jordan, who would be GL's alter ego through the Silver Age into the Bronze, is best told another time.

Have Your Comics Valued

Have your Golden Age Green Lantern comic books valued for free. Click here to send us pictures of yours and we'll value them.