One of the many Timely Comics series to feature multiple heroes, the Young Allies were patriotic kids who were often seen fighting the Axis enemies during WWII.

If you've found any of the comics below, or something similar from the same era, then we will value them FREE for you, or make a cash offer if it's time to sell. Click the button below to begin. 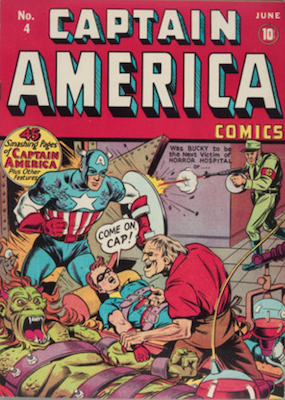 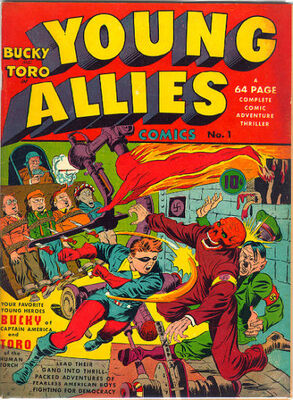 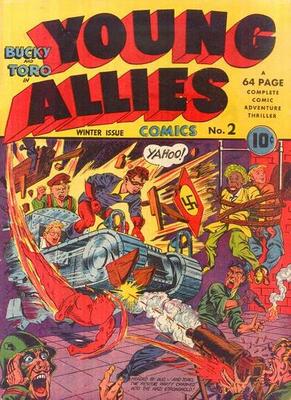 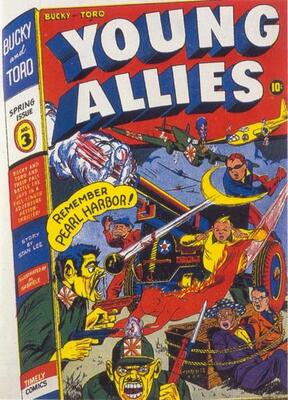 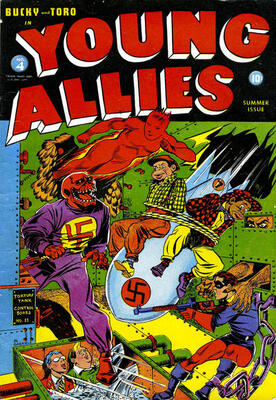 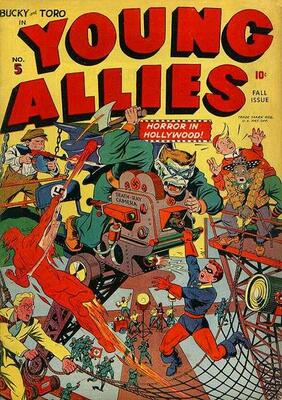 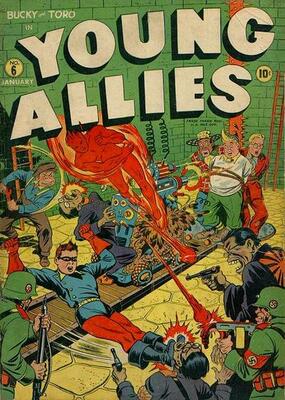 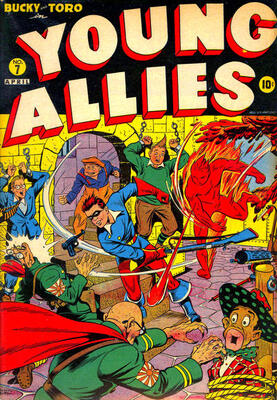 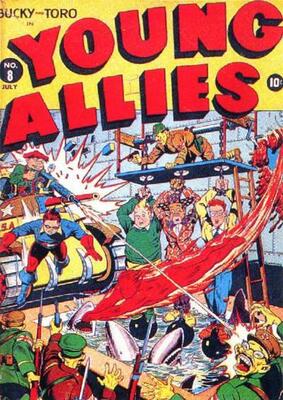 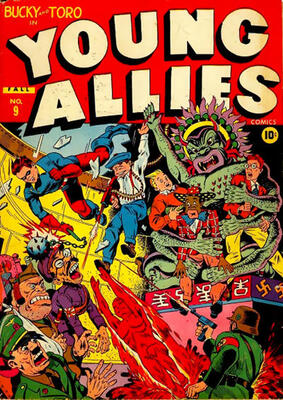 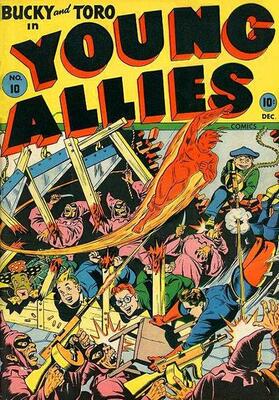 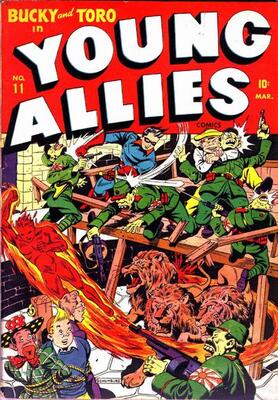 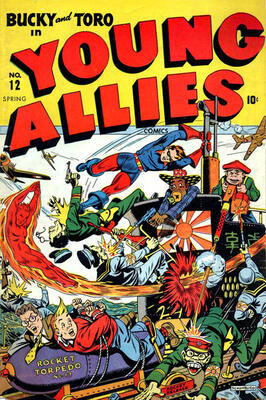 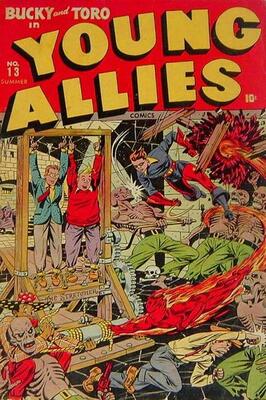 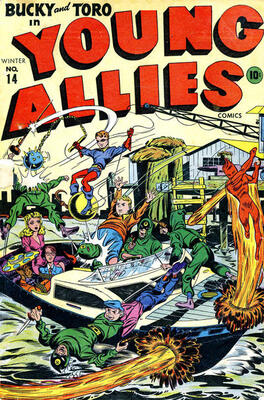 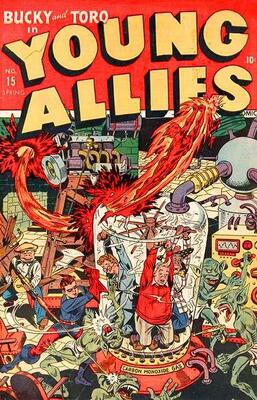 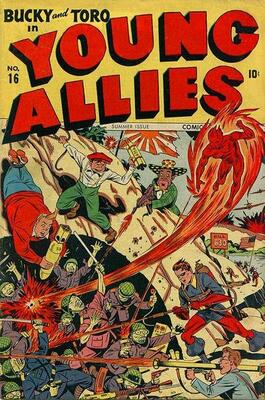 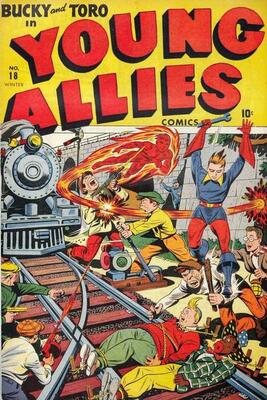 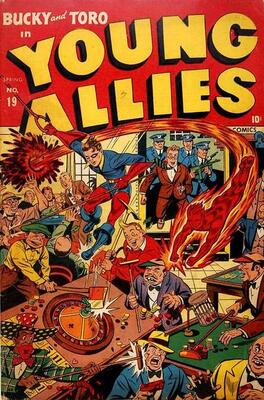 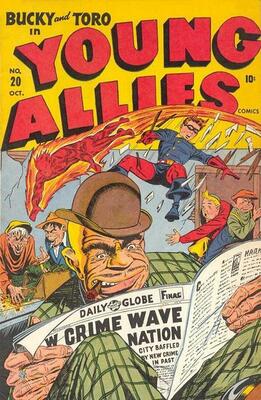 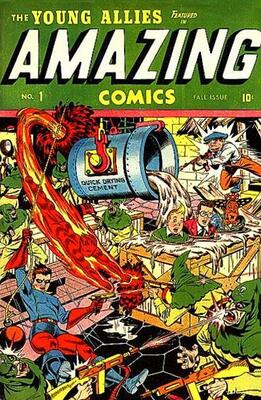 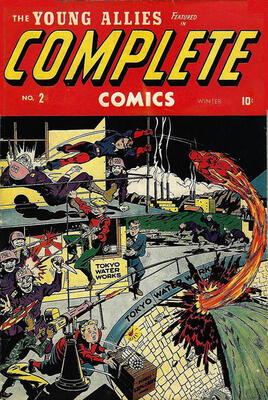 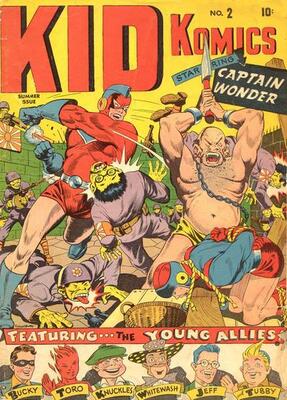 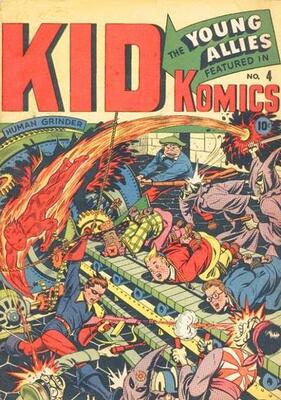 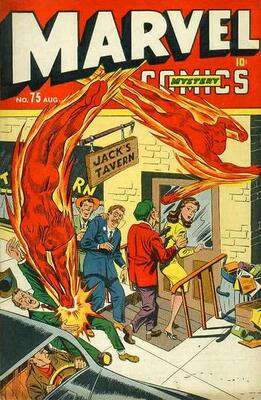 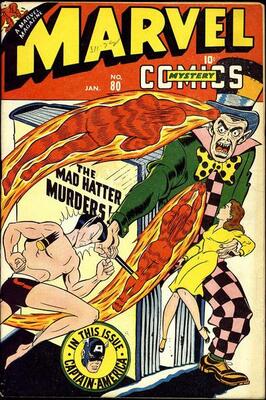 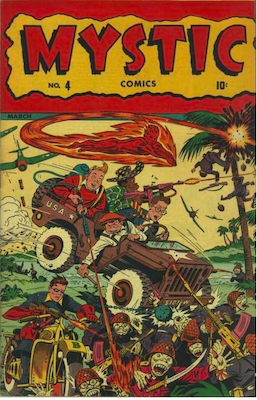 Young Allies was a comic book series by Timely Comics which centered on storylines of a group of young boys who fought against the Axis in World War II.

Created by Joe Simon and Jack Kirby in 1941, the series also featured two major sidekicks from other Timely publications known as Bucky Barnes and Toro, who served as the helpers of Captain America and the Human Torch in their respective titles.

In Young Allies comics, Bucky Barnes served as the group leader which called themselves the Sentinels of Liberty, a group of four multiracial friends known as Knuckles, Jeff, Tubby and Whitewash jones. The Sentinels of Liberty made their first appearance in issue #4 of Captain America, but were quickly launched into their own series due to their popularity.

The group also made appearances in Amazing Comics, Kid Komics and Complete Comics. Once given their own series, the group was renamed from the Sentinels of Liberty to the Young Allies.

Their main villains were Axis agents such as Red Skull, Agent Zero, Black Talon, Monk, the Owl and Khan. When the group isn’t fighting Axis agents, they take on street gangsters like Python, Doll-Devil and the Mad Fiend of Horror Castle. The end of the series even saw the Young Allies take on the three leaders of the Axis, Adolf Hitler, Benito Mussolini and Hideki Tojo.

Young Allies comics ran for 20 issues before coming to an end in October of 1946. Although Simon and Kirby were the creators of the series, they left for DC Comics shortly after its inception, leaving the writing duties to a young Stan Lee and the artwork was handed over to Al Gabriele who had already been penciling for the Captain America series from issue #2 onward.

Some of the Young Allies characters were later reprised through the 1990s Avengers and Fantastic Four storyline crossover book series entitled Heroes Reborn, although not all the characters made the appearance.

Young Allies in Other Timely Comics
See values for all the major Timely series, including Marvel Mystery and Sub-Mariner Comics.

Atlas Comics Price Guides
See prices for the publisher which followed on from Timely, and eventually became Marvel.

Rare Comic Books, With Prices
Record sales and minimum prices for the most hard to find comic books in the world!