What is This Island Bradman Superman 1988 edition (not numbered)?

This little-known book began surfacing on eBay. It's well-documented that it is a private edition, financed by a wealthy businessman for his son's Bar Mitzvah.

What is less well-known is the back story, and Sell My Comic Books has the scoop! 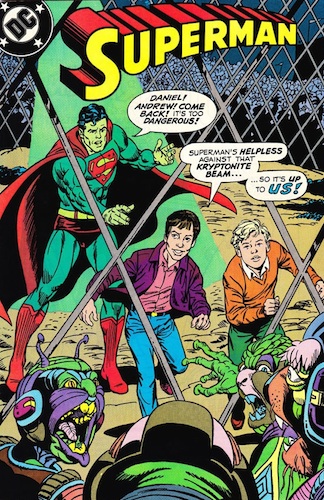 We were contacted by Bill Nimmo, the son of businessman Godfrey Bradman's official mover. He handled all the removals for Mr. Bradman in the 1980s.

At one time, he had a box filled with 48 copies of the Bradman Superman book (his mother threw most of them out, of course!).

We asked how he came to own so many copies. 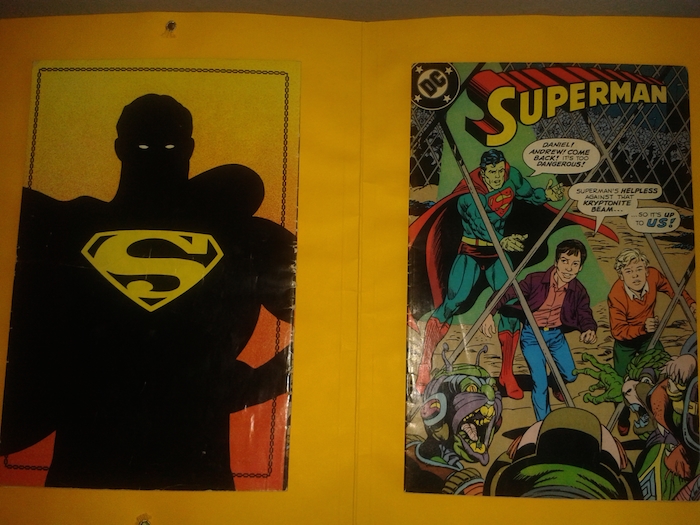 Here's what he told us about the story:

"My father worked for Cadogan Tate removal company and Mr. Bradman would request him on every job to do with his properties. So my father moved out everything out of his son's bedroom for the builders to renovate in his mansion in Mill Hill, north London.

"While the builders were there they discovered blue asbestos in the walls. So Mr. Bradman had everything in that room destroyed, including his son's comic collection.

"Of course when his son came back from boarding school he went berserk, and hence Godfrey Bradmam went to DC Comics and commissioned the new comic to make it up to him at his Bar Mitzvah.

"But according to my father this didn't go down too well, and the kid threw a bit of a tantrum and only a few got handed out.

"My father was clearing up the marquee and the rest of it and asked Mr Bradman what to do with the comics. Mr. Bradman who was a bit pissed off that his plan had misfired told my father to dump them, give to your kids, or whatever."

What is This Island Bradman Superman 1988 Worth?

Here is an actual sale from the author of the book's personal collection. It was graded 9.2 by CGC.

While the book is rare, sales are fairly frequent. Here are grades and prices realized.