From a Dollar bin darling to a TV series starring John Cena -- Peacemaker has become hot property almost overnight! It's a great time to own these vintage war comics.

If you have any of the comics on this page, or others from the same time period, then use the button below to request an appraisal or cash offer. 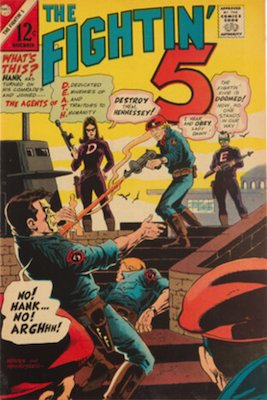 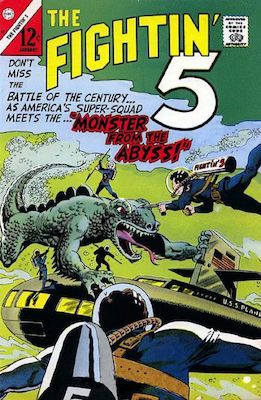 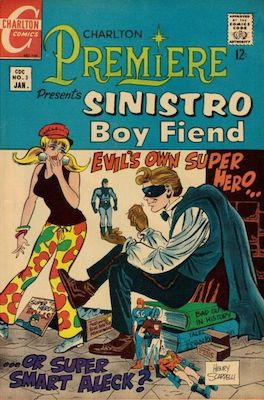 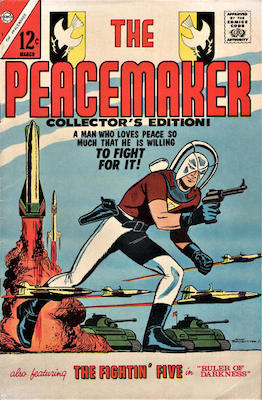 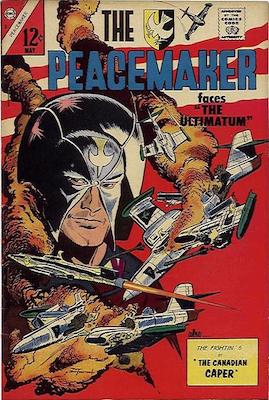 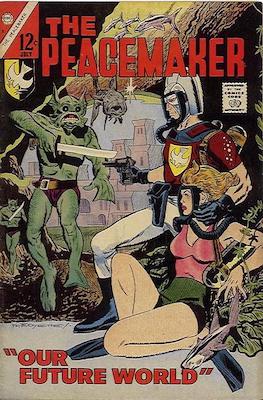 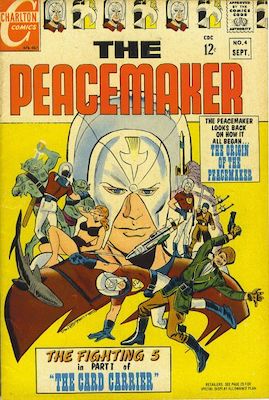 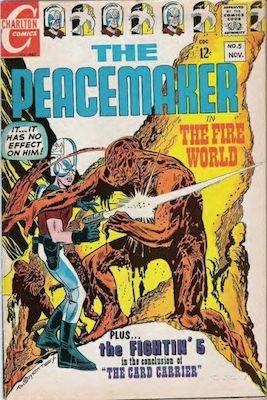 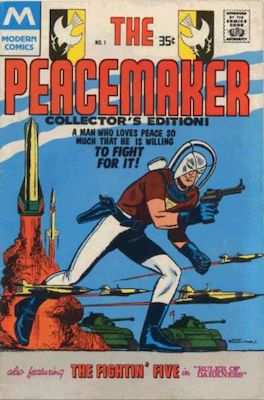 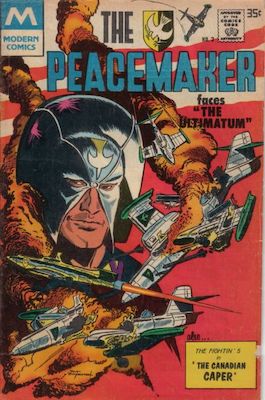 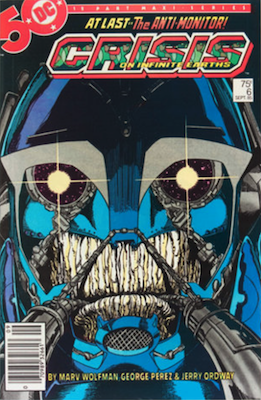 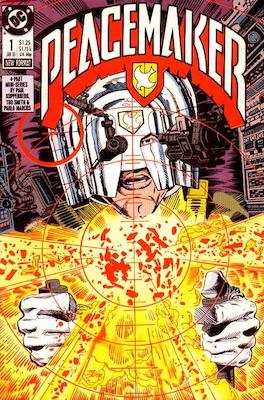 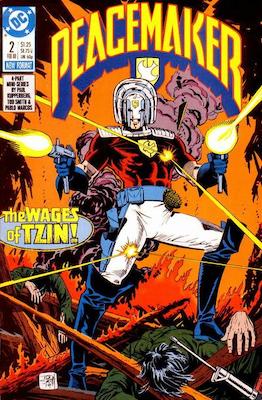 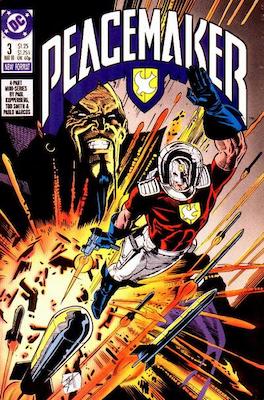 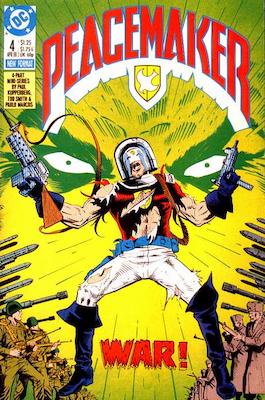 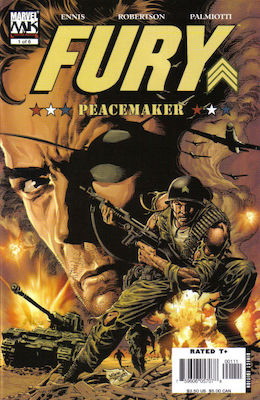 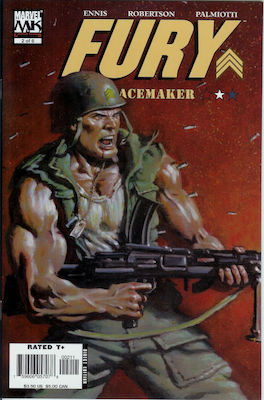 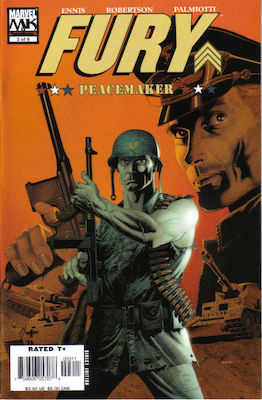 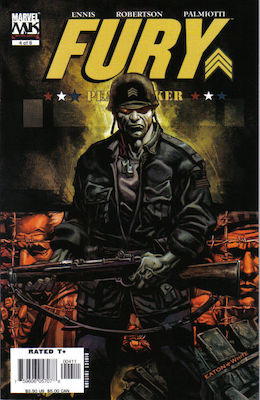 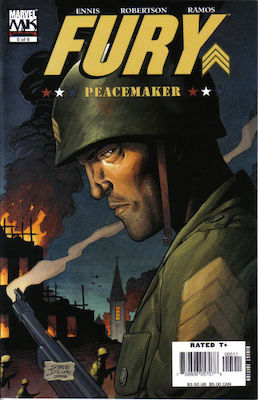 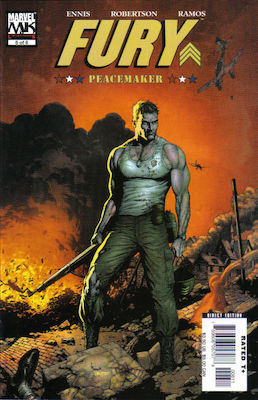 Peacemaker, known also as Christopher Smith, was a superhero created by writer Joe Gill and artist Pat Boyette and first appeared in the 1966 issue #40 of Fightin’ 5.

The character appeared in the following issue of Fightin’ 5 #41 before receiving his own titled series published under Charlton Comics for a five-issue run.

DC Comics would acquire the series when they purchased Charlton, using Crisis on Infinite Earths to justify his inclusion in the DCU, before launching a four-issue mini-series. 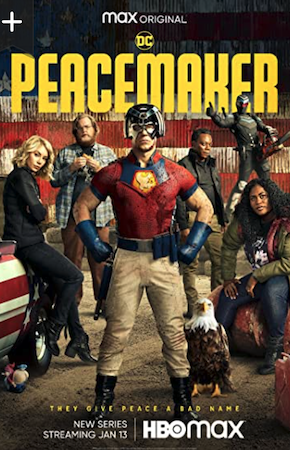 Peacemaker was a pacifist diplomat who was so committed to peace that he was willing to use force when necessary in the name of the cause. Peacemaker did so using a variety of non-lethal weaponry and is often shown taking on villains who are dictators or warlords. Peacemaker is also the founder of the Pax Institute.

Smith eventually learns that his methods of peace-through-violence actually stem from a serious mental illness that he suffers from as a result of knowing that his father served as a commander in a Nazi death camp. The shame of this knowledge haunts Peacemaker, and the spirit of his father constantly criticizes his every decision as he attempts to bury his past.

As time goes on, Peacemaker becomes an increasingly deadly vigilante, killing at will, even going as far to have the catchphrase, "I love peace so much, I’d kill for it."

He believes that the spirits of all the people he has killed live inside his helmet and offer him advice and commentary on his future actions.

He also served as a government agent under the code name Checkmate for a brief period, as well as being involved in the Janus Directive.

While some superheroes see Peacemaker as a friendly ally, many others disagree and perceive him to be too violent to be helping them out with their missions.

Peacemaker meets his demise after crashing a helicopter into a group of tanks owned by supervillain Eclipso. His spirit is sent to the realm of Purgatory, which later appears in the series Day of Judgment.

Peacemaker also reappears again in Doomsdsay Clock, the sequel to the Watchmen, where he partakes in the battle against Doctor Manhattan on Mars. Eventually Peacemaker also becomes a member of the Suicide Squad after breaking into the Arkham Asylum and being involved in what would be known as the Joker Incident.

In the 2021 film, Suicide Squad, Peacemaker is portrayed by actor John Cena, who comes back to the role for the HBO series Peacemaker.

Other Charlton Comics Characters in Peacemaker Comics
See prices for many Charlton series, including Blue Beetle.

Top 60 War Comics By Value
See prices for the most valuable war comic books ever published!

Our Army at War Comic Price Guide
See values for the series which gave us Sgt Rock.