Published by Timely Comics in the 1940s, this popular but hard-to-find series has the potential to be valuable.

If you've found issues from this classic Good Girl Art comic book, then use the button below to get in touch. We'll appraise your comic collection for FREE, or make a cash offer to buy it if it's time to sell. 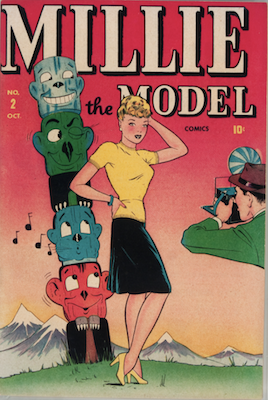 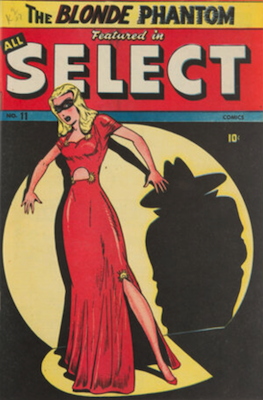 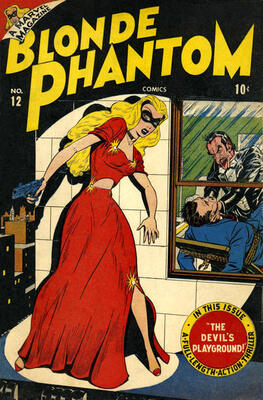 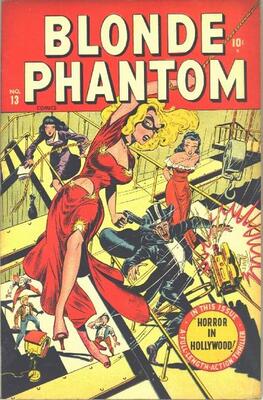 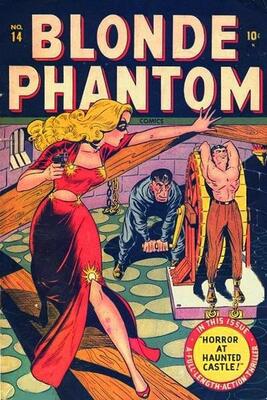 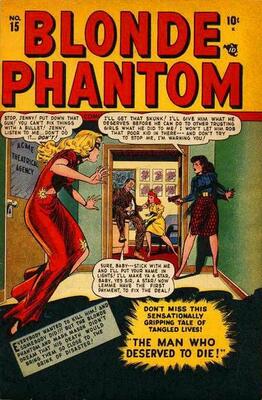 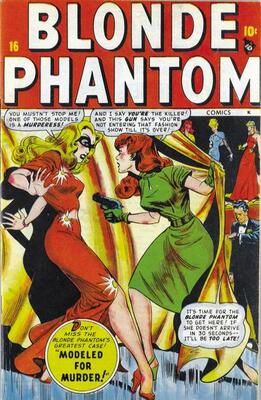 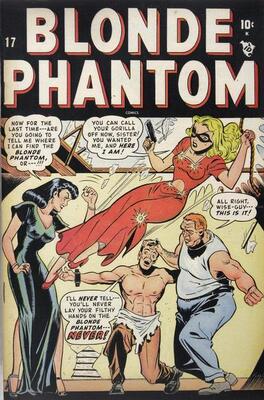 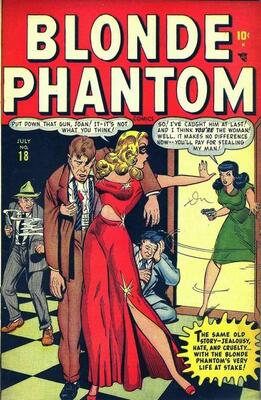 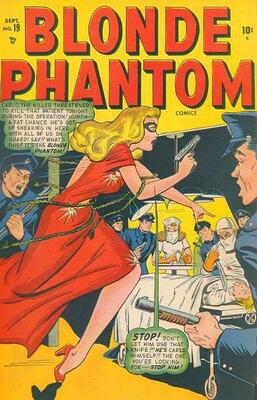 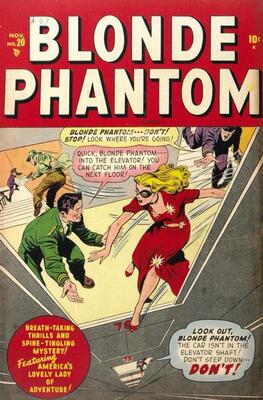 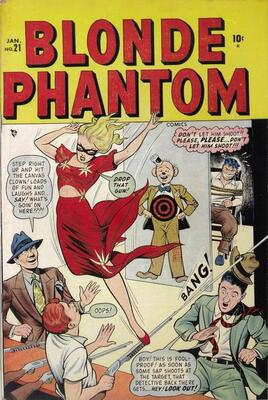 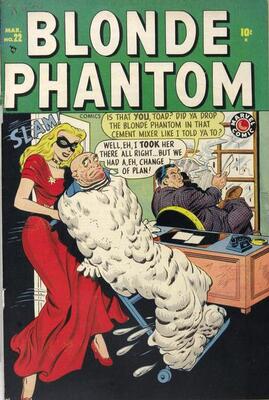 Other Appearances in Timely Comics 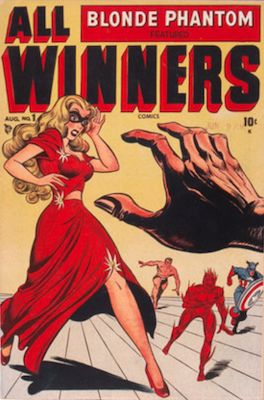 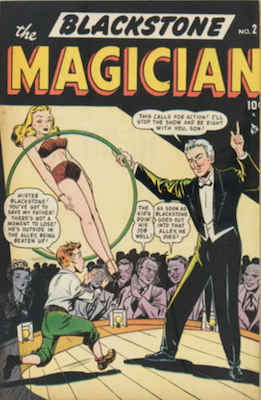 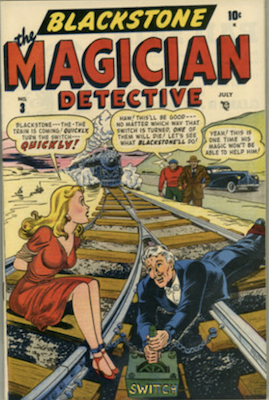 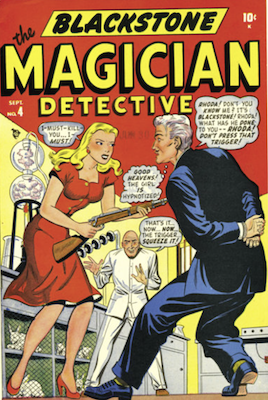 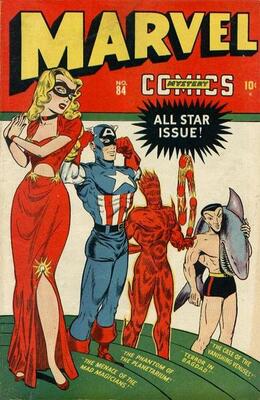 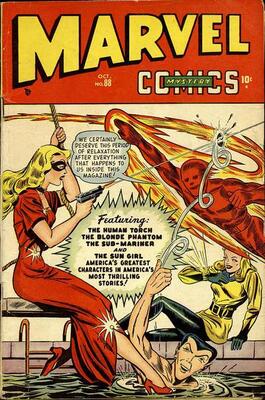 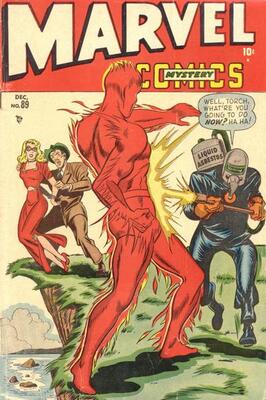 Blonde Phantom appears in the stories of Marvel Mystery Comics #83 through #91. 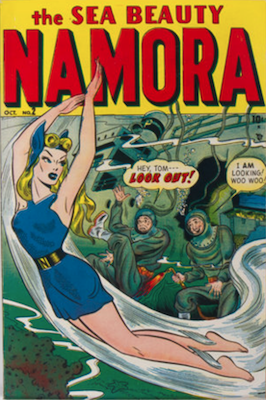 The character disappeared in the Golden Age and was briefly revived by Marvel Comics in the late 1980s.

Modern Appearances of the Blonde Phantom 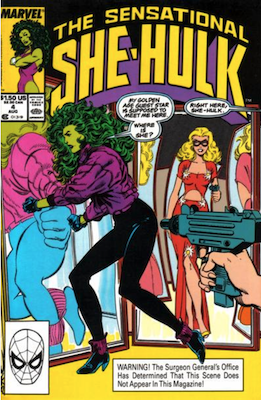 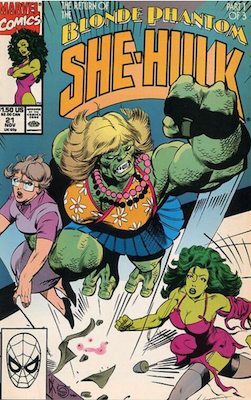 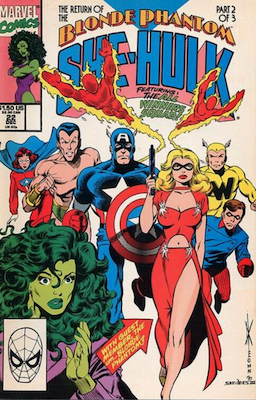 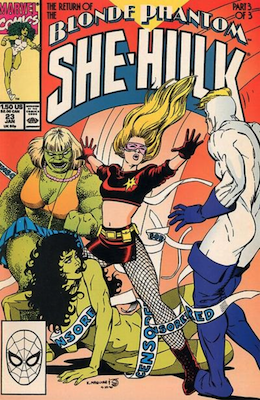 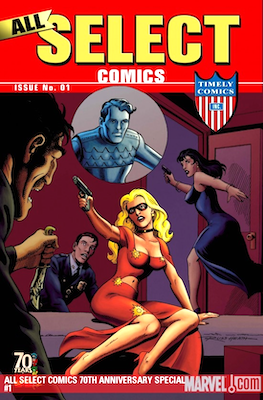 Blonde Phantom was the alter-ego of Louise Grant, a New Jersey secretary who worked for the Mark Mason Detective Agency.

Grant is secretly in love with her boss, Mark Mason, however he has no interest in Louise, with her glasses and dull appearance. When Mason is out working on cases, Grant takes off her glasses and lets her hair down, ditching her workplace attire for the more seductive Blonde Phantom, wearing a floor-length evening gown and a black domino mask to conceal her identity.

She helps her boss fight crime, solve cases and saves him from danger on numerous occasions. Blonde Phantom is skilled in martial arts, but also carries with her a .45 caliber pistol. The heroine fights everyone from street level gangsters and femme fatales to monsters such as Baron Frankenstein.

Featured villains included the Mad Magicians, a gang of magician criminals, Carlos the Killer and Stillface, a man whose maimed face was bandaged with plaster.

Mason falls in love with Blonde Phantom, despite paying little attention to Grant while she’s at work and remains unaware that the two are even the same person; an inverse of the Clark Kent's complex with Lois Lane.

Blonde Phantom was created by Timely Comics in 1946, initially appearing in issue #11 of Timely’s All-Select Comics. The character was so popular that Timely decided to change the name of the series to Blonde Phantom and she remained the main feature up to issue #22 in 1949.

Timely would even feature her in backup stories in several of their other comics as a result of her popularity. Blonde Phantom was later reprised under Marvel in The Sensational She-Hulk in 1989.

See more at the Wikipedia page.

Rare Comic Books With Record Sales
See prices for some of the world's most challenging comic books, including first appearances.

Atlas Comics Price Guides
We round up the most popular Atlas series, with record sales and minimum prices.

Most Valuable Comic Books of All Time
We find the 100 most expensive comics ever published! 1st Superman, Batman, Flash and more.